According to health reports, XBB.1.5 is 63 times less likely to be neutralized by existing antibodies than the BA.2 sub-variant. This sub-variant has spread its foot in 38 countries so far. 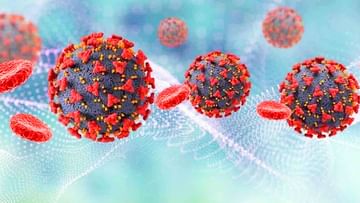 The risk of corona infection is seen increasing all over the world. Omicron’s BF.7 variant has created havoc in China. where recently Corona in America The confirmation of the new variant XBB.1.5 has increased the stir. Omicron’s sub-variant XBB.1.5 is considered to be the most transmissible so far. A health report on Friday said that in a few weeks XBB.1.5 will become a problem in Europe.

According to health reports, XBB.1.5 is 63 times less likely to be neutralized by existing antibodies than the BA.2 sub-variant. This sub-variant has spread its foot in 38 countries so far. The XBB.1.5 variant is considered extremely dangerous.

82 percent of cases in America

According to media reports, this sub-variant was first detected in the US in the month of October. On the other hand, the World Health Organization (WHO) said on Wednesday that 38 countries have reported cases of XBB.1.5 infection. Of this, 82 percent have been registered in America, 8 percent in Britain and 2 percent in Denmark. At the same time, the European Center for Disease Prevention and Control (ECDC) issued a warning on Friday that the XBB.1.5 variant could cause tension in Europe.

Does not affect straight lunges

According to media reports, this variant affects the first protein (HACE receptor) after entering our body. This is the first stage of spreading the infection. In many studies, it was revealed that the ability of this virus to stick to the cell is much more than the rest of the variants. That is why it is infecting more people. This variant is affecting more on the upper part of the chest. It is not directly affecting the lungs.

Effect on vaccination and anti bodies

It is very dangerous as compared to others, because it affects vaccination and anti-bodies in the body. Also, it is spreading 104 times faster than all the variants till now. According to media reports, there is no such vaccine or immunity yet that can protect against infection with this virus. It is being told that of all the vaccines in the world, their ability to protect against infection is 30 to 40 percent.

Corona has changed form many times

According to the report, the first variant of the corona virus was made to protect people from the alpha virus, but since then the corona has changed its form many times. However, some vaccines have been updated to protect against the BA5 sub-variant. But the vaccine is ineffective on this new sub-variant. However, research is being done to break it.