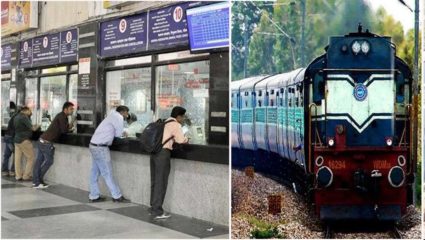 Delhi: In India, Indian Railways has always been doing something new regarding the safety and pleasant journey of its passengers and now Indian Railways has been able to improve its services and now with the help of Artificial Intelligence, more number of confirmed tickets Have found a way to give. Recently, Railways has developed an artificial intelligence module ‘Ideal Train Profile’. This module, developed by the Center for Railway Information System (CRIS), the in-house software arm of the Indian Railways, is capable of reducing the waiting list by 5 to 6 per cent. With the successful completion of the testing of this module, railway officials are hopeful that with its help, more confirmed tickets can be made available to the passengers, while the earnings of long distance trains can increase up to Rs 1 crore in a year. Every year lakhs of people travel by rail in India. But, due to the large number of passengers, not every passenger gets a confirmed ticket.

Railway officials also believe that a large number of users turn away from the railways simply because they do not get confirmed tickets. Because of this, long distance high class passengers are going towards airlines and choosing buses for short distance travel. This has increased the concern of the Railways. It has now taken the help of artificial intelligence to give more number of confirmed tickets to retain the passengers. According to a report, waiting list is such a system which always remains. A waiting list is created when the demand for passengers in a train exceeds the number of berths or seats available. To reduce the waiting list, the Center for Railway Information Systems (CRIS), the in-house software arm of the Railways, created an AI module named ‘Ideal Train Profile’. It was fed with the information of about 200 long distance trains including Rajdhani.

Additional revenue of Rs 1 crore per train every year

During the trial several travel patterns were detected with the help of AI. Such as how the passengers booked the tickets, how far the stations were chosen and for which stations the demand for tickets was low or high. Along with this, it was also seen that in what part of the journey period, which seats remained vacant and at which time of the year the demand for seats was high. Trials of the Ideal Train Profile module revealed that this module increased the number of confirmed tickets by 5 to 6 per cent. The module worked out possible ticket combinations by dividing a single journey into number of halts and knowing the passenger behaviour. If a long-distance train has 60 halts, the AI ​​suggested 1,800 possible ticket combinations. Normally, the current system of railways suggests only 240 ticket combinations for a journey of 10 halts. According to the information received, with the help of AI, railways can get additional revenue of one crore rupees per train every year. This is because it increases the number of confirmed tickets. Passengers increase due to this. The more you update the AI ​​over time, the more accurate it becomes.