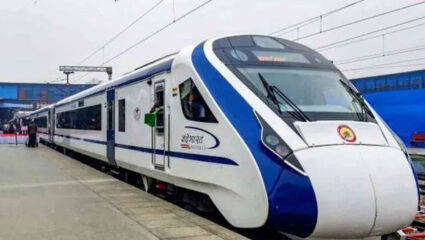 Delhi: The Ministry of Railways of the country has started the exercise to make the journey pleasant and cheap, in the coming days, the Ministry of Railways is making a plan regarding the famous train Vande Bharat. Indian Railways is preparing to connect Vande Bharat train with all the networks of the country, the work of which is being done at a fast pace. At present, 8 Vande Bharat Express trains are running in the country. At present, Indian Railways is planning to make the journey of Vande Bharat train cheaper and to install sleeper coaches in it. Train tickets will also become cheaper due to sleeper coaches. With this, the passengers will not face any kind of problem during the journey.

Use of aluminum for sleeper coach

Aluminum will be used to make these trains. For this, work is also being done regarding the railway track. Along with this, work is also going on on the signal and bridge. This work is going on between Delhi-Kolkata and Delhi-Mumbai. The first 200 Vande Bharat trains will have Shatabdi Express-like seating arrangements. At present, these trains will be able to run at a speed of 180 kmph. Railway has told that keeping in mind the safety of the train tracks, it will get permission to run at a speed of 130 km per hour. Along with this, chair car trains will be made of steel.