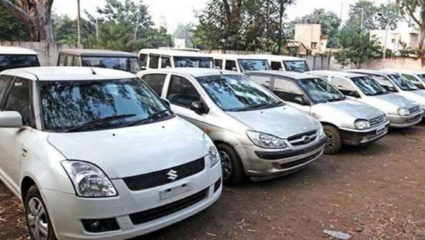 New Delhi: The overall retail sales of vehicles in the country jumped 14 per cent in January on the back of strong registrations of passenger vehicles, two-wheelers and tractors. The Federation of Automobile Dealers Association (FADA), an organization of vehicle dealers, gave this information on Monday. In January 2023, the total sales of vehicles across various categories increased to 18,26,669 units. In January 2022, the vehicle sales figure stood at 16,08,505 units. Last month, the registration of passenger vehicles increased by 22 percent to reach 3,40,220 units. Passenger vehicles registration stood at 2,79,050 units in the same period a year ago.

FADA President Manish Raj Singhania said that the total retail sales of vehicles in January has increased as compared to the same period last year, but it is still eight percent less than the pre-Covid i.e. January, 2020. On the business outlook, Singhania said with factory activity in China picking up again, global supply conditions for components and semiconductors are expected to improve. This will improve the supply of vehicles and reduce the waiting period. (agency)

Chinese tech company Xiaomi launched the Redmi K60 series in its home-country last month. This series includes two variants Redmi K60 Pro and Redmi K60E. The first cell of this series took place in China on January 1, in which the phone has broken all the records.

The company held the first flash sale of Xiaomi’s sub-brand new devices Redmi K60 and Redmi K60 Pro on January 1, in which the first batch of 3 lakh units of the phones was sold out within 5 minutes. That is, this smartphone was purchased 100 times every second and 60,000 times every minute.

Opportunity to buy Xiaomi’s Dhansu phone for only Rs 349, yes! this offer is true

The previous device also made a record
The funny thing is that despite a successful first sale, this smartphone lagged behind its predecessor, the Redmi K50. The two devices of the Redmi K50 series sold fiercely during the first sale and 3,30,000 units were sold on the first day itself. In this way, despite the bumper sale, a decline of 10% was recorded.

This phone has come with cool features
The Xiaomi subbrand has included powerful features like 1220p screen, wireless charging and Qualcomm Snapdragon 8 processors in the new device. However, it remains to be seen whether the total sales figure of the Redmi K60 series will be able to beat the previous Redmi K50 lineup or not.

Such are the specifications of the new devices
The Redmi K60 series phone features a 6.67-inch OLED display with 2K resolution and 120Hz refresh rate. Regular, Pro and K60E variants get 8MP ultra-wide angle lens and 2MP depth sensor with 60MP, 50MP and 48MP main camera sensors respectively. Fast charging up to 120W has been given in the phone.