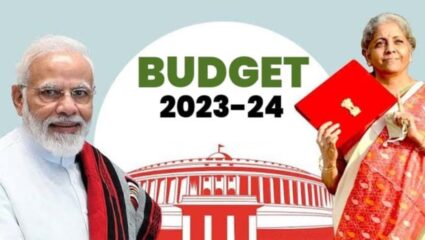 By doing this, she also became the woman to present the budget in front of the country. Rajiv Gandhi was the third member of the Nehru-Gandhi family, who was also the Prime Minister of the country and presented the country’s budget while being the Prime Minister. In fact, after VP Singh, who was Finance Minister in Rajiv Gandhi’s government, was out of government, Rajiv Gandhi assumed the post of Finance Minister and presented the general budget of 1987-88 in front of the country. Until 1999, the Union Budget was presented at 5 pm on the last working day of February as per the practice of the British era. In 1999, former Finance Minister Yashwant Sinha changed the timing of presenting the budget to 11 am. Arun Jaitley began presenting the Union Budget on 1 February 2017, breaking the tradition of using the last working day of that month. Former Prime Minister Morarji Desai holds the record for presenting the longest budget in the country’s history. He presented 10 budgets during his tenure as finance minister during 1962-69, followed by P Chidambaram (9), Pranab Mukherjee (8), Yashwant Sinha (8) and Manmohan Singh (6). Was.