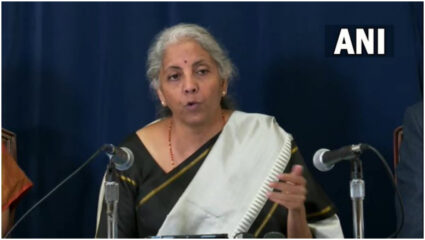 New Delhi: Two weeks before the presentation of the general budget, Finance Minister Nirmala Sitharaman on Sunday said that she understands the pressures of the middle class. Along with this, he reminded that the present government has not imposed any new tax on the middle class. Sitharaman will present the general budget for the financial year 2023-24 in the Lok Sabha on February 1. It is expected that the government will increase the income tax limit in this budget and give some relief to middle class taxpayers and others.

Sitharaman said the government has been increasing capital expenditure in every budget since 2020. He said it was increased by 35 per cent to Rs 7.5 lakh crore for the current financial year as it has a positive impact on the economy. He said the government’s 4R strategy for the banking sector – recognition, recapitalisation, resolution and reforms – has helped in the revival of public sector banks (PSBs). This has led to reduction in non-performing assets (NPAs) and significant improvement in the health of PSBs, he said.

The government had implemented a Rs 2.11 lakh crore recapitalization program for PSBs to support capital adequacy and prevent liability defaults. Regarding the farmers, Sitharaman said that the government is committed to double their income and has taken several steps in this direction. On trade with Pakistan, he said the neighboring country never granted Most Favored Nation (MFN) status to India.

He said that trade relations with Pakistan have deteriorated after the Pulwama terror attack in 2019. Regarding the freebies given by the governments, the Finance Minister said that promises should be made keeping in mind the financial health of the state and complete transparency should be maintained in it. (agency)