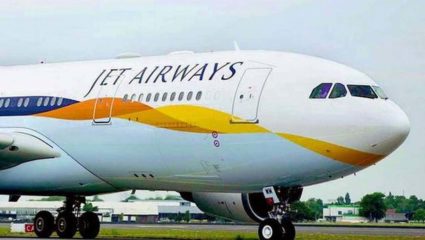 New DelhiNew Delhi: In the Jet Airways case, the National Company Law Tribunal (NCLT) has allowed the transfer of ownership of Jet Airways to the bidder Jalan-Kalrock Consortium. The Mumbai bench of the tribunal has given this order on Friday. This decision of the court has been made effective from November 16. According to a report, a six-month deadline has also been fixed for the ownership transfer. NCLT has also given 6 months time to Jalan Kalrock Consortium to pay the creditors.

Earlier, the counsel for the lenders had sought a stay on the order for two weeks, but the same was turned down by the tribunal. So far, the Jalan-Kalrock consortium has deposited bank guarantees worth ₹150 crore with the lenders. As per the resolution plan, the consortium will have to pay ₹185 crore in cash to the financial creditors within 180 days from the effective date.

The National Company Law Tribunal has today ordered the transfer of ownership of Jet Airways to Jalan-Kalrock Consortium in compliance with the resolution plan the Tribunal previously approved. pic.twitter.com/WgwLoOjrWu

The consortium had also proposed a total cash infusion of ₹1,375 crore, of which ₹475 crore was for payment to stakeholders. The remaining ₹900 crore was to be used for capital expenditure and working capital requirements. At ₹380 crore, the lenders took a huge cut on their approved claims of over ₹7,807.7 crore under the approved resolution plan.

JKC had appealed for a direction from the bench to hand over the ownership of the jet to him. However, the lenders to Jet Airways said that JKC had not fulfilled three of the five conditions mentioned in the resolution plan approved by the NCLT. It was at this point of disagreement between the lenders of Jet Airways and JKC that a standoff broke out. Because the National Company Law Appellate Tribunal (NCLAT) in its October 21 order had said that JKC has “satisfied all the necessary conditions to the satisfaction of the Monitoring Committee”.