The FAA said in a tweet that normal air traffic operations are slowly resuming across the United States after an overnight failure of the Notice to Air Missions system that provides safety information to flight crews. 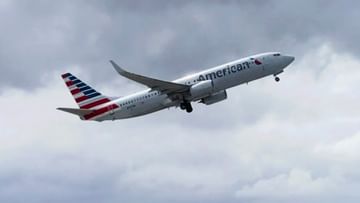 Normal air traffic operations across the United States began to slowly resume on Wednesday. Earlier in the morning, after a technical glitch in a system that alerts pilots and other personnel about air issues, the US movement of hundreds of aircraft was stalled. Earlier, the Federal Aviation Administration (FAA) announced on Wednesday morning that a technical glitch had occurred in its Notice to Air Mission System, or NOTAM, which alerts pilots and other personnel about airborne issues.

The FAA ordered the airline to delay all domestic departures on Wednesday morning, but several hours later lifted the ground stop before 9 a.m.

general air traffic across the US

The FAA said in a tweet that normal air traffic operations are slowly resuming across the United States after an overnight failure of the Notice to Air Missions system that provides safety information to flight crews. Ground stop has been removed. We are continuing to investigate the cause of the initial issue. According to flight tracking company FlightAware, more than 3,700 flights in or out of the US were delayed and more than 600 canceled due to the system outage.

He said that we expect departures to other airports to resume at 9 am. The FAA said that currently all flights in the sky are safe to land. Pilots check NOTAM system before take off. Notice to Air missions alerts pilots to closed runways, instrument faults and other potential hazards on the flight path or in a location that could affect flight.

It had earlier said that operations in the national airspace system have been affected. US President Joe Biden has been informed by Transportation Secretary Pete Buttigieg about the fault in the FAA system. White House press secretary Karin Jean-Pierre said in a tweet that there is currently no evidence of a cyberattack, but the president directed the DOT to conduct a full investigation into the cause. The FAA will provide regularly updated information.

Transport Minister Buttigieg said he is in contact with the FAA and is monitoring the situation. He said in a tweet that I have been in contact with the FAA this morning regarding a malfunction affecting a critical system for providing safety information to pilots. The FAA is working to resolve this issue quickly and safely so air traffic can resume normal operations. The FAA will continue to provide updated information.