Like Germany, America has also announced to give Abram tank to Ukraine as a battle tank. America said in its announcement that it will send 31 M-1 Abrams tanks to Ukraine. 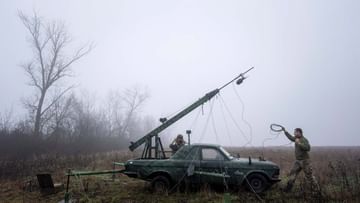 Russia and Ukraine It has been more than 11 months since the war started and a pitched battle is being fought from both the sides. Ukraine to war America And continuous help is also being received from many European countries. In the ongoing war with Russia abrams tank ,Abrams Battle TanksReversing the claim of inappropriateness of the US, the US announced that it 31 M-1 Abrams Tank Will send Apart from America, Germany has also said that it will send battle tanks to Ukraine. The announcement of giving tanks from both the countries has been made only after long talks.

Germany’s Chancellor Olaf Scholz on helping UkraineChancellor Olaf Scholz) announced on Wednesday that his government will provide Leopard 2 battle tanks to Ukraine and has approved requests from other countries to do so. A statement issued by the German government said that it would initially provide Ukraine with one company of Leopard 2 A6 tanks from its stockpile, consisting of 14 vehicles.

88 tanks will be given by Germany

Its purpose is to provide 88 tanks to Ukraine by Germany and its allies. “The decision is in line with our well-known position of helping Ukraine to the best of our ability,” Scholz said after a cabinet meeting in Berlin.

The decision of such help from Germany was awaited for several weeks. US officials have also said that a preliminary agreement has been reached to send M1 Abrams tanks to Ukraine, about a year after the start of the Ukraine-Russia war, to help Kyiv push back Russian forces.

Like Germany, America has also announced to give Abram tank to Ukraine as a battle tank. The US said in its announcement that it would send 31 M-1 Abrams tanks to Ukraine. However, some time ago the Joe Biden administration argued that operating and maintaining this tank could be very difficult for Ukrainian forces.

This decision of America has come to the fore only after Germany has agreed to send 14 Leopard 2A6 tanks. Germany had said that it would not send the Leopard tank until the US takes a decision regarding providing its Abrams tank to the Ukrainian forces.

A senior US official, on condition of anonymity, said that following Germany’s stand, there were ‘good diplomatic talks’ between the two sides. 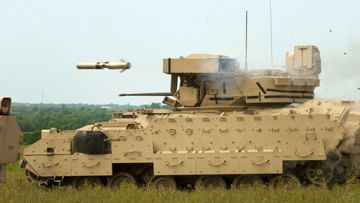 Russia-Ukraine war continues. Many European countries, including the US, are helping Zelensky. Currently, the US has given Kyiv $ 2.85 billion in financial and $ 225 million in cash. 25 thousand crores of military help. However, Western Tank is not included in this. These advanced tanks were demanded by Kyiv but it has not been supplied. But Ukraine will get many more weapons of additional firepower. Other than this Germany Even bigger weapons are being found.

The Russo-US war is moving towards a critical stage. Next month one year of the war will be completed. So far there is no such sign that it is expected to calm down. Along with America, Germany has also handed over weapons to Ukraine. Germany will send armored personnel carriers and a Patriot missile battery to war-torn Ukraine.

Ukraine will get western tank for the first time

Germany’s Chancellor Olaf Scholz spoke to US President Joe Biden, after which Germany-US announced this by issuing a joint statement. Germany has decided to send Marder armored vehicles when France said that it will soon hold talks with Ukraine to send armored fighting vehicles. The French presidential office said it would be the first time a Western-built tank destroyer would be delivered to the Ukrainian military.

Germany will train the Ukrainian army

The German government did not say how many Marder APCs would be given or for how long. He said that Germany would train Ukrainian soldiers to conduct it. The statement said that the US announced last month that it would give Ukraine a Patriot air defense missile battery and Germany would also support the US in giving Ukraine an additional Patriot air defense battery. Germany has already provided significant military aid to Ukraine, including automatic anti-aircraft guns and IRIS-T surface-to-air missile systems. Despite this, Scholz is under pressure to send more weapons, including killer vehicles, to Ukraine in his own country.