Supporters of former Brazilian President Bolsonaro stormed the Supreme Court, the Presidential Palace and other places in the capital on Sunday. Supporters of Bolsonaro created an uproar a week after President Lula took office. 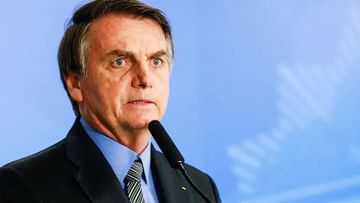 Former Brazilian President Jair Bolsonaro was admitted to a hospital in Orlando, Florida, after suffering “abdominal pain”. According to media reports in 2018 presidential election During the campaign, Bolsonaro was hospitalized several times in recent years due to a stomach blockage. He traveled to the United States two days before Luiz Inácio Lula da Silva became president.

In fact, supporters of former Brazilian President Jair Bolsonaro stormed the Supreme Court, Rashtrapati Bhavan and other places in the capital on Sunday. Supporters of Bolsonaro created a ruckus a week after President Luiz Inácio Lula da Silva took office. These attacks have been condemned by many world leaders including Prime Minister Narendra Modi, Joe Biden. Bolsonaro had refused to accept the election results against him, since then his supporters have been demonstrating.

Broke the security cordon, climbed on the roofs

Thousands of protesters broke through the barricade, climbed onto rooftops, broke windows and stormed three buildings. Many of these are refusing to accept the election results and are demanding the armed forces to intervene and make Bolsonaro the president again. President Lula said that Bolsonaro encouraged people to revolt. Silva termed those people as fascist fanatics.

protestors need to be punished

He also read an order of the federal government to take control of security in the federal district. Lula said that this had never happened before and that these people needed to be punished. Protesters are seen wearing green and yellow clothing reflecting the national flag, which has become a symbol of the country’s conservative movement. Bolsonaro’s supporters are often seen wearing clothes of this colour.

Former President Jair Bolsonaro has been at loggerheads with the Supreme Court several times and rioters ransacked the room where he holds meetings. They torched the Congress Bhavan and ransacked the offices in the Rashtrapati Bhavan. The glasses of all the buildings were also seen broken. Bolsonaro, who moved to Florida before Lula da Silva took office, has yet to comment on Sunday’s events.

Police fired tear gas to retake control of the buildings. At 6.30 pm local time, less than four hours after the attack, security forces were seen dispersing the protesters. However, by then a lot of damage had already been done, due to which questions are being raised on the action and negligence of the police. Lula da Silva said at the press conference that incompetence or ulterior motive? From the side of the police… their attitude was the same when Bolsonaro’s supporters did violence in the capital a few weeks back. He promised that those officers would be punished.