Ischemic stroke is caused by a blockage in the arteries carrying blood to the brain. It is also known as brain ischemia. 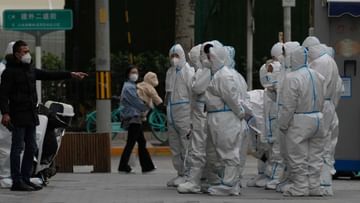 The risk of corona increasing worldwide

US Center for Disease Control and Prevention (CDC) and the Food and Drug Administration (FDA) said on Friday that American Drug maker Pfizer Inc and German partner BioNTech’s updated COVID-19 The shot can be linked to a type of brain stroke in the elderly. According to a CNN report, even after this news came to the fore, the CDC has advised people to take the Kovid-19 vaccines.

According to Reuters news, these findings have come after preliminary data analyzed by US health officials. The Safety Monitoring System noted that a CDC vaccine database had highlighted a potential safety issue, in that people 65 and older were more likely to experience ischemic stroke after 21 days after receiving the Pfizer/BioNTech bivalent vaccine, compared to 22-44 days. were more likely to have a stroke.

Ischemic stroke is caused by a blockage in the arteries carrying blood to the brain. It is also known as brain ischemia. The FDA and the CDC said the CDC’s Vaccine Adverse Event Reporting System and other countries’ databases, along with other large studies, and Pfizer-BioNTech’s database have not flagged this safety issue as requiring more investigation.

According to health officials, ‘However, currently available data suggests that it is highly unlikely that VSD (Vaccine Safety Datalink) represents a critical risk. We believe that it is necessary to tell this information to the public. Pfizer and BioNTech said in a statement that they have been made aware of limited reports of ischemic stroke in people 65 and older following vaccination.