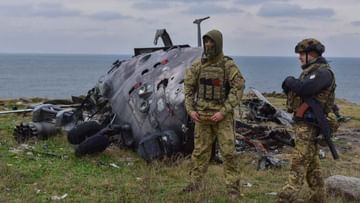 Russia and Ukraine The war between will complete one year in February next month, there is no sign of it ending soon. America’s now President Joe Biden Said yesterday on Thursday that the war in Ukraine has now reached a critical stage. With all America and Germany Has also announced additional support for Ukraine. Germany said it would send armored personnel vehicles (APCs) and a Patriot missile battery to war-torn Ukraine.

Biden told reporters after the cabinet meeting, “Right now, the war in Ukraine is at a critical stage. We must do everything we can to protect the people of Ukraine from Russian aggression. Russia is not slowing down its action. They are still carrying out the same barbaric actions as they were doing a year ago and they are not ready to back down.

Earlier in the afternoon, President Biden had a long conversation with German Chancellor Olaf Scholz about Ukraine. He said, “There are many countries including Japan which have the same ideology as ours. We discussed the further course of action.”

We are going to increase our support in Ukraine: Biden

He said, “Apart from this, we will also help Ukraine to avoid Russian airstrikes. Germany has announced today that it is going to provide Ukraine with a Patriot air defense system to counter air attacks. We will provide additional Patriot air defense batteries. They work and soon Russia will also realize it. They do a good job and they will be of great help.”

What is APC and Patriot missile battery?

On the other hand, Germany will send armored personnel vehicles (APCs) and a Patriot missile battery to war-torn Ukraine. Germany’s Chancellor Olaf Scholz spoke to US President Joe Biden, after which Germany-US announced this by issuing a joint statement.