US Defense Minister Lloyd Austin said that no civilian was harmed in this operation. He thanked intelligence members and other inter-agency partners for their support in this successful counter-terrorism operation.

US Defense Secretary Lloyd Austin later confirmed in a statement that al-Sudani had been killed. According to information, on January 25, on the orders of President Joe Biden, the US military launched an operation in northern Somalia. Many members of the Islamic State were killed during this operation, including Bilal-al-Sudani.

US military carried out an operation that killed a senior Islamic State (ISIS) leader Bilal al-Sudani in northern Somalia along with about 10 of his associates, Reuters reported citing US officials.

Thanks for supporting the anti-terrorist campaign

According to media reports, al-Sudani helped promote ISIS in Africa and finance the group’s operations around the world, including Afghanistan. At the same time, US Defense Minister Lloyd Austin said that no civilian was harmed in this operation. He thanked intelligence members and other inter-agency partners for their support in this successful counter-terrorism operation.

Terrorist Sudani was on the radar of intelligence agency

US Defense Secretary Lloyd Austin told that al-Sudani was on the radar of US intelligence agencies for the past several years. Bilal al-Sudani played a key role in IS operations in Africa as well as in providing financial support to ISIS-K, a terrorist organization operating in Afghanistan. The US Treasury Department alleged last year that al-Sudani had worked closely with another IS operative, Abdellah Hussein Abadigga. It recruited youths in South Africa and sent them to arms training camps.

This is not the first time that the US has attacked al-Shabaab targets in Somalia. Even before this, America has attacked its bases many times, in which many fighters of Al-Shabaab were killed. 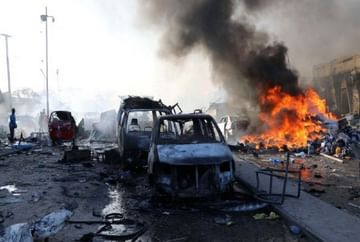 The US Africa Command further said that the attack took place near Galkad, 260 kilometers north-east of Mogadishu, the capital of Somalia. No civilian was killed or injured in this attack. The US Army has carried out a self-defense strike in support of the National Army of Somalia. Somalian soldiers were fighting more than 100 al-Shabaab fighters. Please tell that Al Shabaab is linked to the terrorist organization Al Qaeda.

According to the defense official, no US forces were present on the ground at the time of the airstrike. The US has always supported the Somalian government since President Joe Biden approved a Pentagon request in May 2022 to redeploy US troops to the region in an effort to counter the terrorist group. In 2020, Donald Trump called his troops from Somalia.

America has done many attacks in this area before.

The US military said in a statement on Saturday, ‘Somalia remains the center of stability and security throughout East Africa. US Africa Command forces will continue to support Somalia to defeat Al-Shabaab and Al-Qaeda. Will continue to provide him necessary equipment, weapons. According to CNN reports, in recent months, the US military has carried out several attacks in the region. Dozens of al-Shabaab fighters have been killed in this attack.