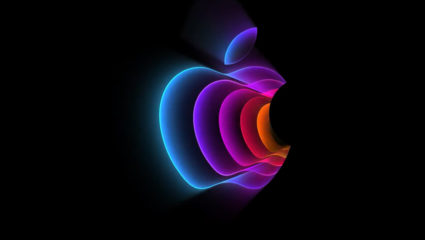 Delhi: If you were told that you would have to pay Rs 40 lakh for an old phone, would you buy it? The answer would be no. But today we are going to tell you about one such old phone which is being sold for Rs 40 lakh, not one or two. The phone we are talking about is the 2007 iPhone which is now up for auction. The phone is owned by cosmetic tattoo artist Karen Green, who received the phone as a gift 16 years ago in 2007. In the same year, Apple launched its first iPhone, which came with features of that time. It featured a 3.5-inch touch screen, 2-megapixel camera, and Safari web browser, and was priced at $599 for the 4GB storage variant at the time. Karen was happy to have a new generation phone.

But he didn’t open the phone because he already had three phone lines with Verizon, and iPhones only came with AT&T. That’s why this phone remained closed in the retail box for a long time. That’s why nearly 15 years later, Karen Greene’s first iPhone is still packed in a box. Now this iPhone is going to be auctioned where the bid can go up to at least 50 thousand dollars (about Rs 40.1 lakh). The auction, being conducted by LCG Auctions, began on Thursday and will go on till February 19. When Green saw a packaged iPhone listed on Ebay for $10,000, he decided to sell his phone.

Karen Green arrived on the TV show Doctor and the Diva in 2019 with her iPhone, which cost Rs 50,000. Seeing the price of the phone, Green decided to keep the phone for another day. After selling a factory-sealed first generation iPhone for $40,000, he decided to sell the iPhone after 16 years. Its auction started on February 2 at $2,500 and is expected to reach $50,000 by February 19.

Chinese tech company Xiaomi launched the Redmi K60 series in its home-country last month. This series includes two variants Redmi K60 Pro and Redmi K60E. The first cell of this series took place in China on January 1, in which the phone has broken all the records.

The company held the first flash sale of Xiaomi’s sub-brand new devices Redmi K60 and Redmi K60 Pro on January 1, in which the first batch of 3 lakh units of the phones was sold out within 5 minutes. That is, this smartphone was purchased 100 times every second and 60,000 times every minute.

Opportunity to buy Xiaomi’s Dhansu phone for only Rs 349, yes! this offer is true

The previous device also made a record
The funny thing is that despite a successful first sale, this smartphone lagged behind its predecessor, the Redmi K50. The two devices of the Redmi K50 series sold fiercely during the first sale and 3,30,000 units were sold on the first day itself. In this way, despite the bumper sale, a decline of 10% was recorded.

This phone has come with cool features
The Xiaomi subbrand has included powerful features like 1220p screen, wireless charging and Qualcomm Snapdragon 8 processors in the new device. However, it remains to be seen whether the total sales figure of the Redmi K60 series will be able to beat the previous Redmi K50 lineup or not.

Such are the specifications of the new devices
The Redmi K60 series phone features a 6.67-inch OLED display with 2K resolution and 120Hz refresh rate. Regular, Pro and K60E variants get 8MP ultra-wide angle lens and 2MP depth sensor with 60MP, 50MP and 48MP main camera sensors respectively. Fast charging up to 120W has been given in the phone.