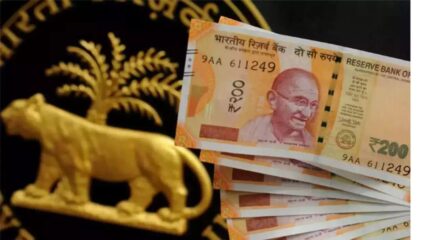 Delhi: Today in India digital payments can be made immediately, but now the Reserve Bank has decided that due to lack of money, many times we go to the market to buy something. This time we give a 500 rupee note to the shopkeeper. But the shopkeeper asks for change money and the customer goes back when there is no change money. There is currently a shortage of loose money in the market. In the digital era, we pay through Zippy, Paytm or any other UPI, but a section of the society still uses cash and shopkeepers do not have loose money, which is creating a shortage of loose money in the market. Keeping this in mind, the Reserve Bank has taken an important decision.

In these new options, the government can also consider installing UPI based ATMs. Common people will be able to withdraw small notes from these UPI based ATMs. After these complaints, the Reserve Bank officials have taken cognizance of the matter. An important meeting of RBI officials was held this month on the issue of free money. Several suggestions were made in this meeting. Steps are likely to be taken to introduce more small notes from UPI ATMs.

Rules Changed From 1st January 2023: With the beginning of every month, changes are seen in many rules. Whose effect falls directly on the common man. From January 1, 2023, many rules including NPS, credit card, insurance, locker rule are changing. Let us know what are those rules? And what impact will you have on their lives.

The rates of some small savings schemes have been increased by the Central Government. The benefits of which people will get from today. The government has increased the interest rates of these schemes – Senior Citizen Saving Scheme, Monthly Income Saving Scheme, National Savings Certificate, Kisan Vikas Patra and all Post Office Time Deposit Schemes.

2- Shock to the people who bought the car

If you have planned to buy a new vehicle this year, then there is disappointing news for you. Many companies including Maruti Suzuki, Kia India have increased the prices of vehicles from the first date of this year.

3- Many rules of bank locker are out of date

Banks will have the right to recover locker rent from the customers only for a maximum of three years. Apart from this, the banks will have to display the list of empty lockers and the waiting list number of the locker. Tell me, even if there is a loss of the goods kept in the locker, now the banks will not be able to run away from the responsibilities.

SBI customers will get 5 times reward points instead of 10 times on Amazon.in spends from January 1, 2023. This is nothing less than a shock for people who make purchases with credit cards.

According to the new rules, from January 1, 2023, KYC will have to be done while buying insurance. According to IRDAI, it has now become mandatory to get insurance done on buying new insurance including health, auto, home.

6- Pass book will not work for buying mutual funds

According to SEBI rules, now mutual fund investors will have to share bank account related information. Apart from this, if you have submitted bank passbook or statement for KYC, then your form can be rejected. From January 1, 2023, it will be mandatory to give Voter ID, Aadhaar card for KYC of mutual funds.

According to the pension regulator’s circular issued on December 23, the facility of online partial withdrawal from NPS will not be available for government sector subscribers from January 1, 2023. This list will include members of the central government, state government and central independent bodies.

After this change, what is the effect on the interest rates of popular small savings schemes – Public Provident Fund (PPF) and Sukanya Samriddhi. Let’s know the details…

The government has increased interest rates on National Savings Certificates, Post Office Fixed Deposits and Senior Citizens Savings Scheme from January 1. However, there is no change in the rate of PPF.