Realme Pad Slim is going to be launched in India soon. The tablet has been listed on Flipkart ahead of its official launch in the country. From the listing, the entire specification of this tablet has been revealed before the launch. It gets a 10.4-inch LCD screen with WUXGA+ (1,200×2,000) pixel resolution. Under the hood, it houses the MediaTek Helio G80 chipset, paired with Mali G52 GPU. The realme Pad Slim also comes with support for both Wi-Fi and 4G LTE connectivity. It packs a 7100mAh battery with support for 18W fast charging.

Realme Pad Slim price (expected) and availability
Realme Pad Slim has been listed on Flipkart ahead of its launch in India. The only 6 GB RAM + 128 GB storage variant of this tablet costs Rs 32,999. However, we can expect the launch price to be much lower than the current listing. It is being said that it will be available in Gold and Gray colours. Realme is yet to confirm the official India launch date of this tablet. It may arrive in India on January 9 with Realme 10. 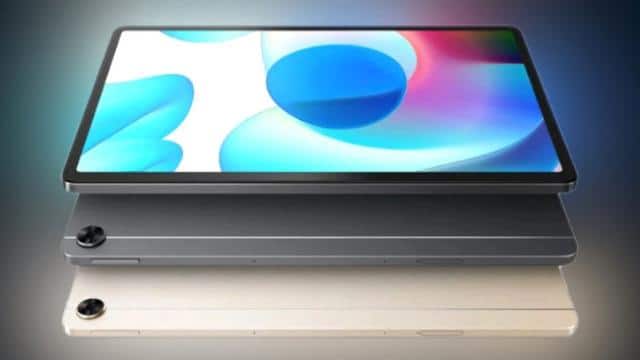 What is special in Realme Pad Slim
The tablet sports a 10.4-inch WUXGA+ LCD screen with 10-finger multi-touch support. The realme Pad Slim is powered by MediaTek Helio G80 chipset, paired with Mali G52 GPU. The tab also packs 6GB of LPDDR4x RAM and 128GB of onboard storage, expandable up to 1TB via microSD.

This 5G OnePlus phone is getting ₹ 20000 cheaper as soon as the new model arrives, it has 8GB RAM and 50MP camera

The tab runs on Android 11, and offers both Wi-Fi and 4G LTE connectivity. The tablet sports an 8-megapixel main camera at the back that is capable of recording full-HD videos. The realme Pad Slim gets a 3.5mm headphone jack and offers Bluetooth v5.3 support. There are quad speakers with Dolby Atmos support. Dual noise-canceling microphones are also available in it. Realme Pad Slim houses a 7100mAh battery with 18W wired charging support. The company claims that the tablet can deliver up to 65 hours of standby time.