The Chinese Embassy spokesperson said that the US State Department official has made allegations against China regarding the China-India border issue without any factual basis. 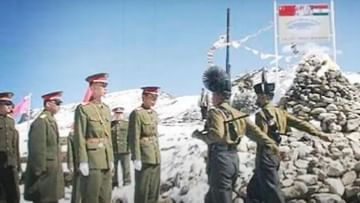 Repeatedly creating tense situation on LAC America lashed out at China The ‘Dragon’ got annoyed. Chinese soldiers tried to infiltrate several times in eastern Ladakh and then in Arunachal’s Tawang, but in the presence of the Indian Army, how dare anyone even step on our soil. PLA The same happened with India China Not only did this nefarious trick come to a halt, it also exposed the character of this country in front of the world. The US told Beijing that it did not take amicable steps to resolve the border tension with India.

On this statement of America, China was upset and said that there should be no role of any third party to resolve the military deadlock on LAC. South and Central Asian Affairs US Assistant Secretary of State Donald Lu Said that instead of taking steps to resolve the deadlock in the Ladakh sector that started in May 2020, China recently took an aggressive stand on the border in the northeastern states of India. Lu said that the US will stand by its Indian partners on this issue.

Responding to Lu’s comments, a Chinese embassy spokesperson said the US State Department official made allegations against China regarding the Sino-Indian border issue without any factual basis. The spokesperson said that the Chinese side strongly opposes such acts. He said that there should be no third party interference regarding the border dispute between the two countries.

The spokesperson reiterated that the situation along the LAC is stable. He said that the border dispute is a matter between China and India. Both the parties have the will and the ability to resolve the issue through dialogue and consultation. We hope the US can do more to contribute to regional peace and stability. The spokesperson further said that India and China have maintained smooth and constructive communication on border-related matters through diplomatic and military channels.