Following Putin’s announcement, Mykhailo Podolić, an adviser to Ukrainian President Volodymyr Zelensky, said in a tweet that Russian forces should first leave the territories occupied by Ukraine and then declare a temporary ceasefire. 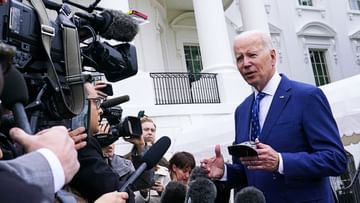 US President Joe Biden has taunted Putin after ordering a ceasefire for two days regarding the ongoing war between Russia and Ukraine. they made on behalf of russia ceasefire joke Blowing said that troubled by the attacks of Ukraine, Putin is looking for oxygen for himself through this siege fire. According to the country’s media report, US President Joe Biden said that whatever Putin says, I hesitate to answer it. But I found it interesting that they were ready to bomb hospitals and churches on December 25 and New Years.

In fact, Russian President Vladimir Putin announced a ceasefire on Wednesday. Putin has taken this decision on the request of his spiritual mentor Kirill. He has said that the ceasefire is being done because Russia is going to celebrate the Orthodox Christmas festival.

Following Putin’s announcement, Mykhailo Podolić, an adviser to Ukrainian President Volodymyr Zelensky, said in a tweet that Russian forces should leave Ukraine’s occupied territories and then declare a “temporary ceasefire”. He stressed that Ukraine does not attack foreign territory or kill civilians.

Russian President Putin is a hypocrite

He tweeted that Ukraine does not attack foreign territory first and does not kill civilians, as Russia does. Ukraine only destroys the army occupying its territory. He said that Russia should leave the territories of Ukraine occupied by it, only then there would be a temporary ceasefire. Zelensky’s advisor said that Putin is being hypocritical.

At the same time, Putin has strategically indicated that he is not going to back down in the war against Ukraine by landing the Russian Admiral of the Fleet of the Soviet Union Gorshkov frigate in the Atlantic Ocean. According to Russian Defense Minister Sergei Shoigu, the warship will be helpful in countering threats in the Atlantic Ocean, the Indian Ocean and the Mediterranean Sea, maintaining regional peace and stability with friendly countries. This warship is equipped with hypersonic missile Zircon. According to Putin, there is no answer to this missile in any country of the world. Meaning that this technology is not available anywhere else on earth.