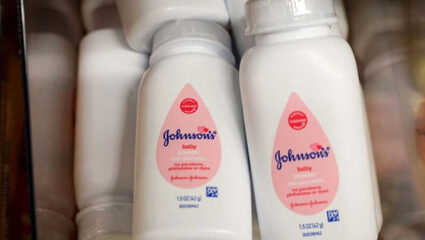 New Delhi/Mumbai. Today the Bombay High Court has given the necessary permission to Johnson & Johnson to manufacture and sell its baby powder. On the other hand, today the court rejected the Maharashtra government’s order to cancel the license, terming it as strict.

Notably, earlier this past December 2022, the Bombay High Court allowed Johnson & Johnson to continue manufacturing its baby powder despite its license expiring on December 15. However, the sale of Johnson’s Baby Powder was banned till further orders.

In this regard, a bench of Justice RD Dhanuka and Justice Milind Sathaye had given this verdict during the hearing on the petitions challenging the two orders of the Maharashtra government. Significantly, the Maharashtra government, in its order, had canceled the license of its product on September 15, 2022, and in another order on September 20, the production and sale of baby powder was also banned immediately.

what was the matter

It is learned that the FDA had taken samples of Johnson’s Baby Powder from Pune and Nashik for the purpose of quality checking. At the same time, the government analyst had declared the powder samples as not conforming to the standard quality, as they do not follow the specification of IS 5339:2004 for Baby Skin Powder in PH test. Following this, a show cause notice was issued to Johnson & Johnson by the FDA under the Drugs and Cosmetics Act-1940 and Rules.

The company had announced to discontinue the product

On the other hand, on August 12, 2022, the company had clearly said that from 2023, baby powder of Johnson & Johnson would be discontinued worldwide. On the matter, the company said that it is tired of the legal battle. That’s why she is going to stop the production of her baby talcum powder. In such a situation, this decision of the Bombay High Court will prove to be a lifesaver for Johnson & Johnson.