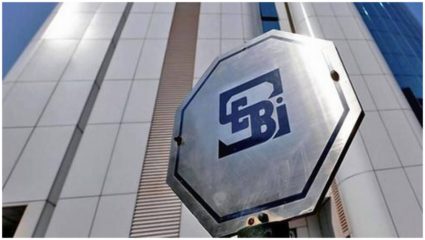 New Delhi. Sebi on Saturday said it is committed to ensuring fairness, efficiency and maintaining sound fundamentals of the stock market, besides ensuring all necessary monitoring amid growing controversy over fall in shares of Adani Group. The market regulator said measures are being taken to deal with excessive volatility in specific stocks.

Sebi said in a statement without naming the Adani group that the shares of a business group have seen abnormal volatility in the last week. Officials confirmed that the statement was issued in the wake of the Adani case. Shares of Adani’s companies fell sharply after US-based ‘short seller’ Hindenburg Research accused the Gautam Adani-led group of fraudulent transactions and rigging of share prices.

Adani Group has denied these allegations as false and said that it has complied with all laws and regulatory disclosures. However, despite this, the market capitalization of 10 listed companies of Adani Group has declined by a total of Rs 8.5 lakh crore. The decline occurred in six trading sessions. Adani Enterprises also called off its Rs 20,000 crore follow-on public offering (FPO).

The Securities and Exchange Board of India (SEBI) said in the statement, “SEBI as part of its responsibility seeks to maintain the orderly and efficient functioning of the market. Well-defined, publicly available monitoring measures (including the ASM framework) are in place to deal with extreme volatility in a particular stock.”

According to the statement, “This system gets activated automatically under certain conditions when there is a fluctuation in the prices of any stock.” Stock exchanges – BSE and NSE have placed three Adani Group companies – Adani Enterprises, Adani Ports and Special Economic Zone and Ambuja Cements – under their short-term Additional Monitoring Measures (ASM).

This means that 100 per cent upfront margin will be applicable for ‘intra-day trading’ to prevent speculation and ‘short-selling’ in these shares. SEBI said that after all specific cases are brought to its notice, the regulator examines them as per the extant policies and takes appropriate action.

Several opposition leaders and some experts have questioned SEBI for not acting on the Adani issue. The proceedings of the Parliament were also disrupted for two days on this issue. Some politicians have also written letters to SEBI and the government to investigate the matter. The opposition parties are also demanding an inquiry by the Joint Parliamentary Committee. The regulator, however, did not clearly state whether it was conducting any probe in the matter. (agency)

After this, the voting rights of the government will also not be more than 15 percent. Further SEBI has directed the new buyer to comply with the minimum public shareholding norms within one year of the sale.

The last date for submission of EOI to the Bank is Saturday. Once the government receives initial bids expressing interest from buyers, the Reserve Bank of India (RBI) will examine whether they meet the central bank’s fit and proper criteria.