Recently, some confidential documents were found in the residence and office of US President Joe Biden. Regarding this, now the FBI has searched his house located at Rehoboth in Delaware. 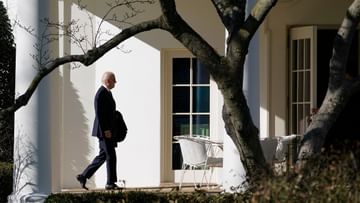 Some classified documents have been found at places associated with Biden

US President Joe Biden’s house is being searched again. His lawyer said that the FBI began a search of President Joe Biden’s beach house in Delaware. This search is part of an operation in which previously classified documents have been recovered at other locations linked to Biden. After that search, this search operation is going on. Lawyer Bob Bauer said that the President is fully cooperating in this search. We are ready to cooperate in this. We will be able to share more details once the search operation is complete.

White House Special Counsel for the President Richard Sauber said in a statement that after receiving government documents at the Penn Biden Center in November 2022 and coordinating closely with the Department of Justice, the president’s attorneys began investigating Biden’s offices in Wilmington and Rehoboth Beach, Delaware. Searched the residences. These may include the places where files would have been sent from the Vice President’s office at the time of transfer of power in 2017.

On this, Biden said in Mexico that he was surprised to learn that some classified documents were found in a private office. He is unaware of what is in those papers and is cooperating with the authorities. I was informed about this and was surprised to learn that there was some government record that was taken to that office. Although I do not know what is in the documents.

The latest FBI raids after the tumultuous tenure of former President Donald Trump could harm Biden’s efforts to project himself to the American public. 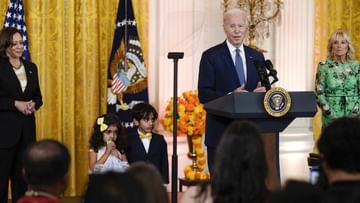 America Federal Bureau of Investigation (FBI) has President Joe Biden K Wilmington’s house was searched for about 13 hours. 6 confidential documents have been recovered from Biden’s house in the raid. The department has also taken some handwritten notes of Joe Biden in its possession. President’s lawyer Bob Bauer said that Biden voluntarily allowed the FBI to search his home, but the incident was unusual despite not having a search warrant.

Biden faced embarrassment on January 12 after it was revealed that Biden’s lawyers had obtained classified records from one of his former offices at the Penn Biden Center in Washington just before the midterm elections. Lawyers then obtained six more classified documents from the library of Biden’s Wilmington residence during his tenure as Vice President.

The receipt of these documents has become a political accountability for Biden at a time when he is preparing to present his claim for re-election. This incident may harm Biden’s attempt to make his tenure look better in front of the American public after the ups and downs of former President Donald Trump.

Generally classified documents are made public after a maximum of 25 years, but some records are kept confidential for a longer period. Biden served as a senator from 1973 to 2009. Biden told reporters on Thursday, we found that a large number of documents were in the wrong place, so we immediately handed them over to the Ministry of Justice. When Biden’s residence was searched, First Lady Jill Biden was not there at the time. She went to spend the weekend at her residence in Rehoboth Beach, Delaware.

It remains to be seen whether federal officials will conduct further searches at other locations. Biden’s personal attorneys previously searched the Rehoboth Beach residence and said they did not find any official documents or confidential records. The case complicates a Justice Department investigation into Trump’s retention of classified documents and official records after he left office. The Justice Department says Trump took hundreds of records marked confidential with him when he left the White House in early 2021 and did not return them for months despite requests from the government, after which the agency to retrieve them Had to take action under search warrant.

White House lawyers were present during the raid

Bauer said the FBI has asked the White House not to comment until the investigation is complete. Biden’s personal lawyer and White House lawyer were also present during the search. He said the FBI had full access to the president’s residence, including personal handwritten notes, files, papers, memorabilia, to-do lists and schedules.

Bauer said in a statement that the Justice Department took possession of material believed to be part of its investigation, including documents marked as confidential and other materials. Some of this material is from the President’s (Biden) services as a Senate member and Vice President. According to the statement, prosecutors have also taken possession of Biden’s personally handwritten notes during his tenure as Vice President for further review.