The City of Scottsdale said it warned and advised Rio Verde that it could not rely on the city’s water supply, especially when the rest of the area was in drought. 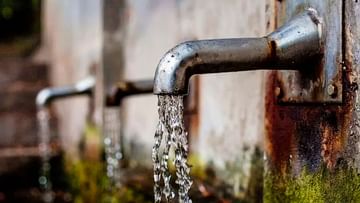 Drought in 33 US states. (representative picture)

On New Year’s Day, the city of Scottsdale cut off water supply to hundreds of thousands of people who live in the Rio Verde foothills due to a historic drought. It is a suburb located about 30 miles north of the city. Water carriers were allowed to refill the tanks at stations in Scottsdale. Please tell that Rio Verde does not have its own reservoir. At the same time, due to non-availability of water, hundreds of people are facing a lot of trouble. After this the people of Rio Verde protested against the decision to stop the water. filed suit Done and demanded restoration of services.

Due to the lack of water, the people of the Rio Verde foothills have taken many drastic measures, including storing water in their pools for daily activities. Local resident D Thomas said that it is indeed a matter of great concern. But I’m glad I have a pool because at least I can store water in it every time it rains. He said that we mostly use it for bathing.

use of rain water

Local residents told that now they use rain water to flush their toilets. Not only this, wash clothes in friends’ houses and eat food from paper plates to avoid using water. D Thomas, another local resident, said that his family has been forced to use water that collects in their pool. Thomas said that we mostly use it for bathing.

A lawsuit filed last week on behalf of residents claims Scottsdale has subjected Rio Verde residents to stress by turning off their domestic water supplies. The lawsuit states that the need for families to bathe or use their own toilet and have potable water is a basic need. And a bill recently introduced by state lawmakers would make Scottsdale financially responsible for some of the costs incurred by the shortage. Arizona is one of 33 US states currently experiencing drought conditions, according to the US Drought Monitor.