America is calling it a spy balloon of China. US Secretary of State Antony Blinken canceled his visit to China after the news of a Chinese balloon appearing in American airspace.

America and China Once again a situation of tension has arisen between them. US airspace America is very angry after seeing Chinese balloons in the US and a war of words has started between America and China on this issue, as well as a war has started on social media. In the meantime, a huge war in the East American region from the Chinese side chinese balloon A request has been made to handle the ruckus in a “peaceful” manner.

US Secretary of State Antony Blinken ended his trip to Beijing, saying the presence of the “spy” balloons was “an irresponsible act”. Later, America informed about the appearance of another Chinese balloon over Latin America.

However, China apologized for the balloon seen over US territory, saying it was a meteorological airship that had gone astray. It was last seen in Missouri. It is expected that it is expected to reach the east coast of America near Carolinas later this week.

What did China say in clarification

In a statement issued on Saturday by the Chinese Foreign Ministry, it was said that Beijing “has never violated the territory and airspace of any sovereign country”. Also added that its senior foreign policy official Wang Yi discussed the incident with US Secretary of State Blinken on the phone and stressed that it is extremely important to maintain communication channels at all levels, “especially calm and To deal with some unforeseen situations in a credible manner.

After seeing the giant balloon, America later postponed the plan to shoot it down. The US decided not to drop the high-altitude airship due to the danger of debris falling due to the fall of the balloon. All this happened when the relations between America and China are already going on tense.

A war of words has started between the US and China after a giant balloon appeared in American airspace. China says that it is a civilian use balloon that deviated from the direction and reached the US territory, which is mainly used for meteorological research. China said that it reached there due to the winds and its ability to turn in any direction is also limited.

However, America is calling it a spy balloon of China. US Secretary of State Antony Blinken canceled his visit to China after news of a Chinese balloon appearing in American airspace.

Sensors and monitoring equipment in the balloon

According to the US Department of Defense Pentagon, the balloon has sensors and monitoring equipment and also has the ability to change direction. It has reached sensitive areas of Montana where nuclear weapons are stored. For this reason, the army swung into action to prevent it from collecting intelligence.

A Pentagon spokesman said the balloon could remain over the US for ‘a few days’. Also it is uncertain where it will go and whether the US will try to bring it down safely.

All you need to know about Balloon

The Pentagon and other US officials say it is a Chinese spy balloon the size of three school buses. It is moving eastward over America at an altitude of about 60,000 feet. The US says it was used for surveillance and intelligence gathering, but officials have provided few details.

Several US officials, speaking on condition of anonymity, said that earlier this week the Joe Biden administration was informed about the balloon entering US airspace in Alaska.

The White House said that President Biden was first informed about the balloon on Tuesday. At the same time, the State Department said that Blinken and Deputy Secretary of State Wendy Sherman spoke to a senior Chinese official in Washington on Wednesday evening about the matter.

In the first public statement from the US on the issue, Pentagon press secretary Brigadier General Pat Ryder said Thursday evening that the balloon posed no threat, an acknowledgment that it did not carry a weapon. He said that after the balloon was detected, the US government took immediate action to protect sensitive information.

However, retired military general John Ferrari, a visiting fellow at the American Enterprise Institute, says that even if the balloon is not armed, it poses a risk to the US.

Female police officer Megan Hall also made relations with many policemen while on duty in the police station. Hall and fellow policemen used to send obscene pictures to each other on chats. 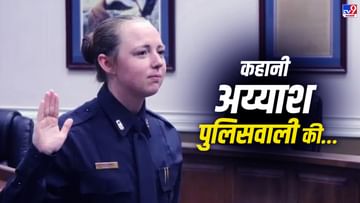 She used to chat with her fellow policemen, she used to have sex with them outside and inside the police station. She was divorced from her husband. When the matter was revealed, there was a ruckus in the whole city. An inquiry was held and he was dismissed. The great thing is that the woman confessed her crime and explained her actions in detail. is talking America In the Tennessee Police Station of La Vergne. According to the report of the New York Post, the name of the woman Megan Hall Is.

Now Megan Hall has been fired. Also, the policemen with whom she had sex were also discharged from the department. The information about this game of lust going on between the woman and the policemen was conveyed to Jason Cole, the mayor of Vergen. When monitored, Megan Hall was caught having sex with seven policemen. In the investigation, layer by layer of the case was revealed. In this case, the game of strip-wife swapping was also revealed.

husband caught having sex with another man

Investigation revealed that Megan Hall was married and she was divorced. Hall had sex with policemen in police stations, parties and hotels and crossed all limits of obscenity. One of the suspended policemen told that Hall is married and her husband had caught her having sex with another man. Since then their relationship soured and they got divorced. He told that Hall drinks a lot and drives at high speed.

Hall herself admitted to having sex with the policemen and said, “My husband and I were on the verge of divorce, it broke me down.” I got drunk at a ‘Girls Gone Wild’ hot tub party and here I have sex with my co-worker in the bathroom. She told that I used to convince my colleagues for wife swapping as well. Once I even offered wife swapping to my husband, but my plan failed.