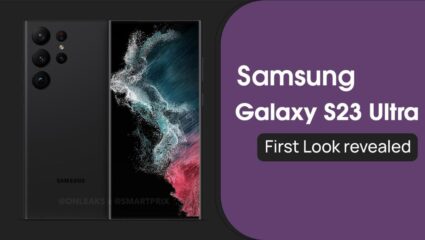 Delhi: In the beginning of the new year, many mobile companies launched their smartphones in India, but Samsung is launching its smartphone Samsung Galaxy S23 in India on 1 February. This will be the cheapest phone of Samsung coming in Samsung Galaxy S23 series. But the features you are getting in it will give you the experience of a premium phone. This new Samsung phone will have a fast Snapdragon 8 Gen 2 SoC. Also there will be high end display and fast charging support. The company will also provide long-term software support in this series. You can expect to see the standard punch-hole display design. It is likely to have a compact form factory like the older model. It is said to retain the 6.1-inch AMOLED display with support for HDR 10+ and 120Hz refresh rate. There is likely to be a live panel.

Since it is a flagship phone, the device is likely to have an IP68 water resistance rating. It may have support for wireless charging tech. The new Samsung Galaxy S23 will pack a 3900mAh battery, which will be an upgrade from the 3,700mAh battery seen on the older version. The regular model did not offer good battery life and the same is expected to happen with the new variant as it will still feature a smaller unit under the hood. This is because the handset will have a compact form factor. The Ultra and Pro models will offer a bigger battery, as Samsung did with last year’s model, to differentiate them and their pricing. However, most tech companies offer phones with at least 4,500mAh battery at different price points. The regular model is tipped to offer support for the same 25W fast charging technology that you get on the older model and the Galaxy S23+ as well as the Galaxy S23 Ultra could get support for 45W charging. The Samsung Galaxy S23 series will likely be powered by Qualcomm’s next-generation Snapdragon 8 Gen 2 processor, which will also power many flagship phones in 2023.

If rumors are to be believed, the device will come with a faster UFS 4.0 storage version. You can expect four years of Android upgrades and five years of security updates. This is something Samsung has started introducing for flagship phones. Talking about the camera, the Samsung Galaxy S23 is said to have a 50-megapixel main sensor. There could be a 12-megapixel ultra-wide-angle camera and a 10-megapixel sensor with 3x telephoto. The teaser posted by Samsung suggested that the upcoming Samsung phone will offer great photography experience at night and the handset will feature a triple rear camera setup. 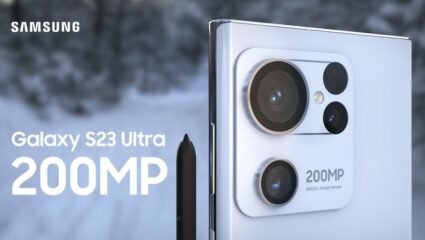 Delhi: Samsung announced today that it will be hosting the Galaxy Unpacked 2023 event on February 1. The South Korean smartphone brand has now opened the pre-reservations for the upcoming flagship Galaxy S smartphone in India. Although the brand didn’t officially name the phones, Samsung is expected to launch the Galaxy S23 lineup that includes the Galaxy S23, Galaxy S23+, and Galaxy S23 Ultra.

Customers who buy before March 31 will benefit

Smartphone enthusiasts who want to ensure that they get the phone at the earliest can pay a token amount of Rs 5000. They will be able to pre-book the phone before it is sold out. Pre-reservations can be done through Samsung Exclusive Stores, Amazon and other leading retail outlets. Customers who purchase and activate the device before March 31 can avail this benefit. 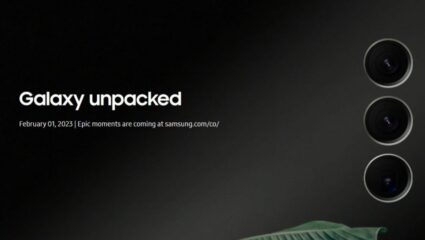 Delhi: Samsung’s much-anticipated Galaxy S23 series is rumored to launch in February, but the date for the company’s Galaxy event is yet to be revealed by the South Korean tech giant. However, a misstep by Samsung Colombia may have mistakenly revealed the date of the event as February 1st. This is in line with earlier speculation, and was leaked when a tipster known as Ice Universe said the Galaxy event could take place on February 1, 2023.

A glimpse of the new camera design is also presented

According to Samsung’s official Colombia website, via 9 to 5 Google, the event will be held on February 1st. Samsung Colombia’s teaser for the upcoming Samsung Galaxy S23 series also offers a glimpse of the new camera design, with images of leaves and lilacs in the corner hinting at the rumored color names from the recent leaks, and if If the renders are to be believed, the S23 series models could retain the S22 ultra-style lens system, with a back design reminiscent of that.

According to leaker Snoopleaks, the S23 and S23 Ultra may come in Cotton Flower, Misty Lilac, Botanic Green, and Phantom Black colours. Coming to the specifications, the Samsung Galaxy S23 series is rumored to have a 200-megapixel camera, according to sources. While Samsung is yet to confirm the feature, several reports lend credence to the rumour. It has been confirmed that all the Galaxy S23 series models across the world will come with the Qualcomm Snapdragon 8 Gen 2 processor.