Ruchira Kamboj said that India has continuously called for an end to the Russia-Ukraine war. India has appealed to both the sides to return to the path of diplomacy and dialogue. 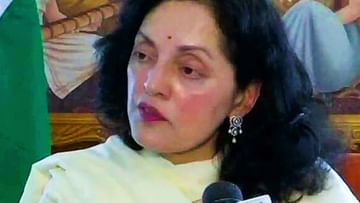 India’s Permanent Ambassador to the United Nations Ruchira Kamboj clarified New Delhi’s stand on the Russia-Ukraine war. He said that India has continuously called for an end to the war. Russia-Ukraine War Responding to a question on how India is playing the role of a mediator to resolve the issue, Kamboj said how India has repeatedly called upon both sides to return to the path of diplomacy and dialogue. And has also expressed his support for this.

Ruchira Kamboj said that India has continuously called for an end to the Russia-Ukraine war. India has urged both sides to return to the path of diplomacy and dialogue and expressed its support for all diplomatic efforts to end the conflict.

The UN ambassador also highlighted the recent telephonic conversation between the President of Ukraine and Prime Minister Narendra Modi on December 27 this year. In this, he assured the continuation of India’s commitment to provide assistance to the affected population. Zelensky sought India’s help for peace with Russia in a phone conversation with Prime Minister Narendra Modi on Monday.

Diplomatic efforts to end the conflict

During this, Prime Minister Modi strongly reiterated his call for an immediate end to hostilities. He said both sides should return to dialogue and diplomacy to find a permanent solution to their differences. He conveyed India’s support for any peace efforts and assured of India’s continued commitment to provide assistance.

At the same time, the Ukrainian President also tweeted that I had a phone call with PM Modi and wished him a successful G20 presidency. It was on this platform that I announced the peace formula and now I count on India’s participation in its implementation. I also thanked the United Nations for humanitarian assistance and support. Meanwhile, the President of Ukraine conveyed his best wishes for India’s chairmanship of the G20.

Discussion on use of drones in new age terrorism

India hosted a special meeting of the UN Security Council’s CTC in October to discuss the financing of terrorism through crypto-currencies and the use of drones in new-age terrorism. On India’s tenure as a member of the UN Security Council and its presidency in December, Kamboj said India used the prestige and experience of being the world’s largest democracy for the benefit of the whole world.