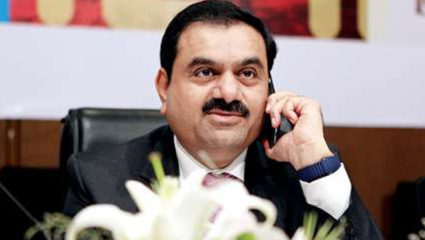 Addressing an event to mark 75 years of Vidya Mandir Trust Palanpur in Gujarat, Adani said early experiences made him wiser but formal education expands knowledge faster. After his early days in Banaskantha, he moved to Ahmedabad where he spent four years to complete his secondary education.

He said, “I was only 16 when I decided to leave my studies and go to Mumbai… One question I am often asked – why did I go to Mumbai and not work with my family? Youngsters would agree that a teenage boy’s expectation and desire for independence is hard to contain. All I knew was – I wanted to do something different and I wanted to do it on my own.”

He said, “I bought a train ticket and left for Mumbai by Gujarat Mail. In Mumbai, my cousin Prakashbhai Desai got me a job at Mahendra Brothers, where I started learning the intricacies of the diamond trade. I soon understood that business and after working with Mahendra Brothers for about three years, I started my own diamond brokerage in Zaveri Bazar.”

He said, “I still remember the day I signed my first deal with a Japanese buyer. I made a commission of Rs 10,000.” This was the beginning of his journey as an entrepreneur.

He said, “Another question I am often asked is whether I have any regrets that I did not go to college. Looking back on my life and the various turns it has taken, I believe that I would have benefited if I had completed college. My early experiences made me wise, but I now realize that formal education rapidly expands one’s knowledge.”

Today the world’s largest solar power company under the Adani Group, India’s largest airport and seaport. The group’s business spans from energy to cement industry. The market capitalization of the group is US$ 225 billion. All this has happened in the last four and a half decades. (agency)