Timothy Price-Williams has been charged with the murder of Deputy Sheriff Corporal Ray Hamilton at Fort Walton Beach on Saturday. 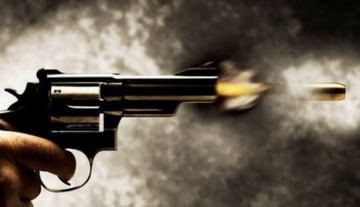 A man shot and killed a deputy sheriff while serving a warrant in the Florida Panhandle on Christmas Eve. Timothy Price-Williams has been charged with the murder of Deputy Sheriff Corporal Ray Hamilton at Fort Walton Beach on Saturday. The Okaloosa County Sheriff’s Office said in a statement that Price-Williams opened fire on Hamilton from inside the home when he went to serve a domestic violence warrant. Hamilton was taken to the hospital where he died.

After the murder, a community in Florida is immersed in mourning due to the murder of the sheriff’s deputy. Hamilton, who worked in the Special Response Team, died after 3 pm. He was admitted to Fort Walton Beach Destin Hospital.

The domestic violence victim said that Price-Williams slapped and pushed her in the face during an argument on Friday. She also said he took her phone so she couldn’t call 911 for help. When deputies arrived at the home around 9 a.m. Saturday, they contacted Price-Williams. He allegedly refused to leave the residence, prompting a special response team to rush to the spot.

The accused was also shot, sent to jail after treatment

Price-Williams has been charged with first-degree premeditated murder. He had minor injuries, after which he was treated and then the accused was sent to jail. Sheriff Eric Aden said in a statement, “We are deeply saddened by the loss of Corporal Hamilton. He was a ray of sunshine in OCSO, dedicated to protecting others. We appreciate the endless stream of support we have received from his family and colleagues as we continue to grapple with the loss of a dearly loved and respected friend, public servant and hero.” The sheriff’s office said the suspect was also shot and had a non-life-threatening injury. OCSO is asking the public to pray for the deputy’s family and OCSO is working to bring understanding to this tragedy. The matter is being investigated and people will be updated as soon as other information comes to the fore.