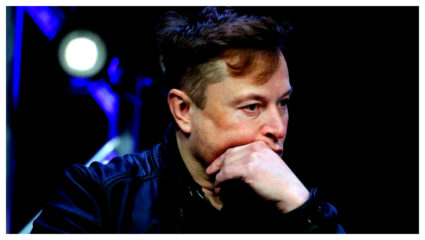 San Francisco: Billionaire businessman Elon Musk appeared in court to hear a case related to a ‘misleading’ tweet made in connection with the purchase of his electric vehicle company Tesla. The matter pertains to two tweets made by Musk on August 7, 2018. Musk had said in both the tweets that he had arranged enough money to buy Tesla. However, the deal never materialized. Tesla’s shareholders then sued Musk, saying that his tweet caused them huge losses. Musk appeared in a San Francisco court wearing a black suit.

Tweeting is the most democratic way to communicate with investors

His attorney requested the case be transferred to Tesla’s headquarters in Texas, which was turned down by the court. A nine-judge jury will decide whether the tweets substantially harmed Tesla shareholders over a ten-day period. In this case, Musk has admitted that the purchase he had planned could not materialize. Musk tweeted that he had raised $72 billion to buy Tesla. At that time Tesla was struggling with production problems. After this, he had tweeted another that a deal in this regard is going to be done soon, whereas no such deal has happened. Musk, who bought Twitter last year for $44 billion, told the court on Friday that tweeting was the “most democratic way” of communicating with investors.

He said in response to a question asked by shareholder advocate Nicolas Porritt that I care a lot for retail investors. However, Musk also said that due to the set limit of words on Twitter, the matter cannot be said in detail on this platform. Federal court judges have already determined that both of Musk’s tweets were false. Now during the hearing, the jury will decide whether Musk intentionally defrauded investors and whether it caused them loss.