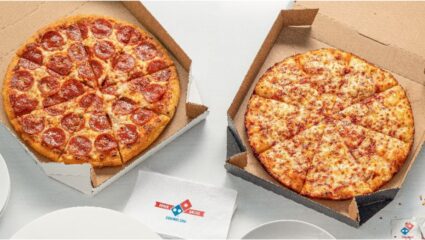 Delhi: There are many people who are fond of eating Pizza in India. Domino’s Pizza is most liked in India. Now the company has given a good news to the pizza lovers. Now the delivery will be in 20 minutes in 30 minutes. Now you have to wait for 20 minutes to eat piping hot Pizza (Domino’s Pizza). Jubilant FoodWorks, the company that sells Domino’s Pizza, has claimed this. The company will provide this service in 20 states of the country. The company has not yet announced the names of these cities. Jubilant Foodworks is one of the first companies in India to offer Pizza Delivery Service in 30 minutes.

According to the statement issued by the company, there are 20 cities in the country where Express Delivery Service will be started. The list of these cities will include the metro cities of Mumbai, Delhi, Kolkata, Bangalore and Chennai. Domino’s has franchises in these cities. The company said the new delivery service is being driven by in-store process improvements, dynamic resource planning, technology upgrades, transportation efficiencies and nearby stores. According to Domino’s CEO Russell Weiner, the 20-minute delivery service will take care of the company’s customer service in India.

Domino’s will get branding time

The Jubilant FoodWorks company further stated that the decision would give Domino’s branding time. Also, there will be no compromise on the quality of the food and the safety of the delivery riders. Also, one has to wait for 20 minutes to eat hot pizza (Domino’s Pizza). 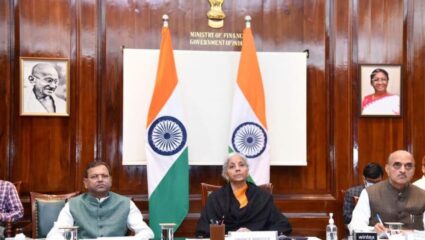 Delhi: The budget-making process begins in August–September and involves several stages, including the pre-budget meeting and the Halwa ceremony. It ends with the presentation of the budget in the Parliament and its assent by the President. The Government of India presents the Union Budget every year on 1 February. The Union Budget is an important document that outlines the government’s fiscal policies, plans and programs for the upcoming financial year. The process of making the budget starts in August-September, about six months before its date. It prepares a plan for the government to spend its revenues and allocate funds for various development initiatives and other immediate needs. The process of budgeting involves several steps. Let’s understand it one by one.

The Ministry of Finance issues circulars to all Ministries, States, Union Territories and autonomous bodies at the initial stage of the budget-making process. These circulars also contain essential guidelines, which are used by the Ministries to express their needs and demands. These ministries disclose their earnings and expenditure for the previous year, apart from presenting estimates. Once requests are received, top government officials evaluate them and discuss them with ministries and the Department of Expenditure.

Once the information is verified, the Finance Ministry allocates the revenue to the various divisions. In case of any disagreement on the distribution of money, the Finance Ministry consults with the Union Cabinet or the Prime Minister. Other stakeholders including farmers, small business owners and foreign institutional investors are also consulted by the Department of Economic Affairs and Department of Revenue for further understanding.

The Finance Ministry also arranges pre-budget meetings with various stakeholders to know about their recommendations and requirements. These participants include state representatives, farmers, bankers, economists and trade unions. After considering all the requests, it is discussed with the Prime Minister before being confirmed.

A few days before the announcement of the budget, it is the annual tradition of the government to hold the Halwa ceremony. The function initiates the start of budget document printing. A huge kadhai (large frying pot) is used to make halwa, which is then fed to the entire staff of the Ministry of Finance as part of the ceremony. 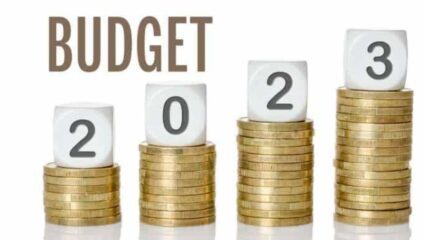