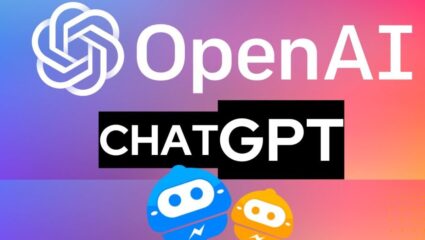 Delhi: ChatGpt is a hot topic these days. This means that whatever you ask of him, he will answer you with the information he has. Currently it works on English language. Microsoft started its premium service through AI Chatbot ChatGPT. The service will be used by OpenAI’s AI chatbot ChatGPT to automatically create meeting notes, teamwork and create meeting templates for team users. Microsoft has invested billions of dollars in new tech startup OpenAI.

The company announced the investment in its blog. Under this investment, Microsoft will provide supercomputer and cloud computing support to OpenAI. Microsoft has invested $10 billion i.e. around Rs 82,000 crore in OpenAI. According to several reports, Microsoft has started supporting OpenAI in its search engine Bing. Microsoft on Wednesday launched the premium service with OpenAI chatbot ChatGPT. The price of this premium service is going to be $ 7 per month i.e. around 600 rupees till June.

From the month of July, this price will increase to $10 i.e. around Rs.800. New tech startup OpenAI announced. AI Chatbot for ChatGPT is a paid subscription plan. For the paid subscription of ChatGPT, you will have to shell out $20 or Rs 1,600 per month. It was earlier claimed that users would have to pay $42 or approximately Rs 3,400 per month to use the chatbot ChatGPT.

Promoter’s stake will be 49.91% after listing
The price band of KFin Technologies IPO is Rs 347-366. The company’s IPO opened for subscription on 19 December 2022 and remained open till 21 December. In this public issue of about Rs 1500 crore, retail investors could apply for a maximum of 13 lots. There were 40 shares in one lot. After the IPO listing, the promoter’s stake in the company will come down to 49.91% from 74.37% earlier.

Disclaimer: Information provided here is only about stock performance and does not constitute investment advice. Investment in share market is subject to risk and you should consult your advisor before investing.