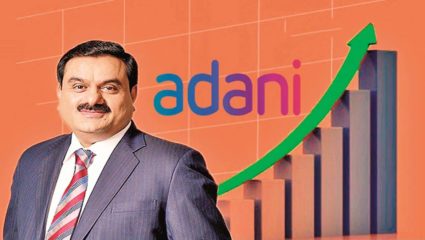 Delhi: Gautam Adani, the highest earning among the world’s top 10 billionaires, suffered a major setback at the beginning of the year. Adani (Gautam Adani) reached the second position in the list last year, but the beginning of 2023 is likely to be bad for him. Everything was fine at the beginning of the year, but on January 24, a report by Hindenburg Reserch, a New York City research firm, was published and the Adani Group’s fall session began. Adani Group’s market cap has fallen by Rs 2.37 lakh crore in just two days, making Gautam Adani’s wealth $97.6 billion. According to the Forbes Real Time Billionaires Index, Gautam Adani has slipped to the seventh position in the list of top 10 billionaires.

Warren Buffett, Bill Gates and Larry Ellison, who were below Adani, have moved up the rankings because of this reversal. Also, talking about other billionaires included in the list, Mukesh Ambani, the veteran industrialist and chairman of Reliance Industries, is the 10th richest person in the world with $ 83.2 billion. Hindenburg Research, a New York City-based research firm, has made several allegations against the Adani group. The Hindenburg report openly accused the Gautam Adani-led group of being involved in stock manipulation and fraud. After this allegation of the company, there was a big setback in the shares of the listed companies of the diversified business group at the beginning of the year.

The Adani Group said it is exploring legal options to seek punitive action against New York City-based research firm Hindenburg Research for acting indiscriminately in an attempt to sabotage its company’s share sale. At the same time, American financial research company Hindenburg Research said that it stands by its report. According to the change in the list of billionaires in the world, French billionaire Bernard Arnold is in the first place in the top 10 list and his total assets are $ 215 billion. He is followed by Tesla and Twitter CEO Elon Musk with $170.1 billion, while Amazon co-founder Jeff Bezos is the world’s third-richest person with a net worth of $122.4 billion.

Biden announced Verma’s nomination on Friday. Verma also served as the Assistant Secretary of State for Legislative Affairs during the Obama Administration. Prior to this, he has also been the National Security Advisor to US Senator Harry Reid. 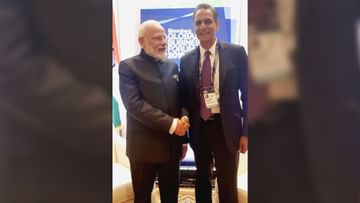 America president of Joe Biden Indian-American lawyer and diplomat Rich Verma has been nominated for a top diplomatic post. Rich Verma, 54, is currently Chief Legal Officer and Head of Global Public Policy at Mastercard. He was also the US Ambassador to India from 16 January 2015 to 20 January 2017.

If confirmed by the Senate, he will become deputy secretary of state for management and resources, making him the first Indian-American to hold the top position in the State Department.

Had also held a big position in the Obama administration

Biden announced Verma’s nomination on Friday. Verma also served as the Assistant Secretary of State for Legislative Affairs during the Obama administration. Prior to this, he has also been the National Security Advisor to US Senator Harry Reid.

Rich is perfect to be second in command – famous lawyer

Raunak D Desai, expert and noted lawyer at the Lakshmi Mittal South Asia Institute at Harvard University, said Ambassador Verma is perfectly qualified to be the number two official in the State Department. His breadth of experience and vision make him a powerful leader in promoting and defending American interests and values ​​around the world.

Verma has also served as Vice Chairman of The Asia Group, Partner and Senior Counsel at Steptoe & Johnson LLP, and Senior Counsel at Albright Stonebridge Group. Rich Verma has been the recipient of numerous awards and medals for his work, including the Distinguished Service Medal from the State Department, the International Affairs Fellowship from the Council on Foreign Relations, and the United States Air Force Meritorious Service Medal.