Let us tell you that Sushma Swaraj served as the External Affairs Minister in the first Modi government from May 2014 to May 2019. He passed away in August 2019.

Former US Secretary of State mike pompeo has said that he never saw his counterpart Sushma Swaraj as an “important political figure”, but struck up a good friendship with External Affairs Minister S Jaishankar during their first meeting with her. In his new book ‘Never Give An Inch: Fighting for the America I Love’, which hit the market on Tuesday, Pompeo describes Sushma Swaraj in a somewhat disparaging manner, including the American slurs “goofball” and ” Heartland Political Hack” has been used.

Commenting on Pompeo’s claims, Jaishankar said that he had seen a passage in Pompeo’s book referring to Sushma Swaraj. We held Sushma ji in high regard and had exceptionally close and cordial relations with her. He condemns the derogatory remarks against Sushma ji.

Sushma Swaraj was the foreign minister in the first term of the Modi government.

Let us tell you that Sushma Swaraj served as the External Affairs Minister in the first Modi government from May 2014 to May 2019. He died in August 2019. Pompeo (59) wrote in his book, “I worked more closely with National Security Advisor Ajit Doval, a close and confidant of Prime Minister Narendra Modi. I was the CIA director and then the foreign minister from 2018 to 2021.

India and America are natural allies

Mike Pompeo writes in his book that India and America are natural allies because we share a history of democracy, a common language, and ties between people and technology. India is also a market with high demand for American intellectual property and products. These factors and its strategic location in South Asia made India the basis of his diplomacy to counter Chinese aggression.

Mike Pompeo told that former Indian Foreign Minister Sushma Swaraj told him that Pakistan was preparing for a nuclear attack after the Balakot surgical strike in February 2019. He was stunned to hear this. 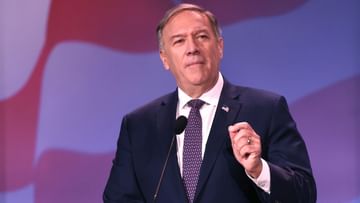