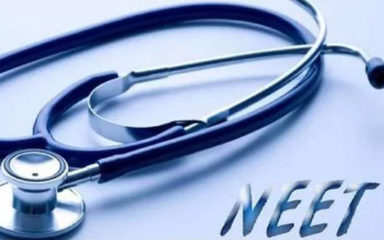 New Delhi : The registration process for NEET MDS 2023 (NEET MDS 2023) started from 9 January 2023. Whose last date was 30 January. After which it was announced to open the application correction window of NEET MDS 2023 of the National Board of Examination in Medical Sciences today. That is, if you want to do some correction, you can do it today.

It is worth noting that to make corrections by visiting the NEET MDS Application Correction window, you can do it yourself by following the easy steps given below.

Significantly, the last date for making changes in the NEET MDS application form is February 5. So while the admit card of NEET MDS will be issued on 22nd February, the NEET MDS exam will be conducted on 1st March 2023.

Pictures of a bear are becoming increasingly viral on social media. The pictures are of a park in Colorado where the motion-detective cameras captured the pictures. Black bear clicked its 400 selfies, got attracted to social media

America Interesting pictures of a black bear in Colorado are becoming increasingly viral. Actually, motion detecting cameras were installed in the forests, in which Black Bear Around 600 photographs were captured. It is said that 400 pictures were of only one bear. Usually animals go out in search of food in open space or in search of a place to rest, but these bears do not do this. The picture is of Open Space and Mountain Parks, where a spokesperson told that this bear was more interested in the camera and he got that opportunity too.

Parks officials shared some pictures on their Twitter handle, after which the pictures of the selfie star quickly went viral on social media. Park spokesman said that we were laughing a lot after seeing these pictures, and we thought that more people would like it. One Twitter user said, ‘It’s really cute that a bear is clicking 400 pictures of itself with a trail camera, but when I do it, I feel like I should turn left split, and that I’m a Was on private property. One user tweeted, “Feeling cute.”

9 motion-detective cameras are installed in the park

Another Twitter user said, “I think I look fine from the front, but what about the side? Is my muzzle too long?” 9 cameras have been installed in the park spread over 46000 acres, so that the movement of animals can be detected. The special thing is that when an animal comes in front of the camera, it becomes active. After being activated, the cameras click pictures of animals or record short videos.

Photos of these animals and birds were captured

Bears, birds, foxes and owls are just a few of the animals captured by the park’s cameras. According to media reports, the authorities hope to “change how native species use the landscape around us.” The cameras are installed in high-traffic areas where animal movement is usually high. An official said that with these cameras we get to know who the animals are and what they are doing. 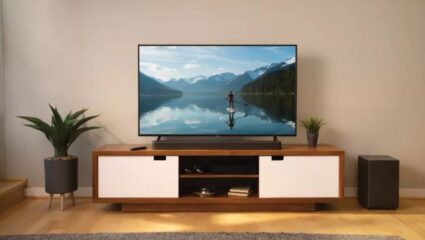 Delhi: Who doesn’t want to listen to music but when it comes to sound quality, JBL is something else. Yes, JBL has launched soundbars in India. These include the new Bar2.1DB MKII, Bar500, Bar800, and Bar1000, which come with Dolby Atmos. In these, customers have been given support for the JBL One app. Due to which those who listen to the song will get help.

Coming to the JBL Bar2.1 DB_MKII, it packs 300W of sound output and a wireless down-firing subwoofer. For connectivity, it has eARC HDMI and Bluetooth support. The JBL Bar500 gets a 10-inch wireless down-firing subwoofer and delivers an output of 590W and supports 5.1 channels. The soundbar comes with JBL Signature Sound along with Dolby Atmos and Multibeam surround sound. It offers HDMI eARC with PureVoice technology and 4K Dolby Vision passthrough.

Coming to the JBL Bar800, it delivers 720W of sound output and comes with a 10-inch wireless down-firing subwoofer. It also comes with Dolby Atmos 3D surround sound, JBL Signature Sound, and HDMI eARC. They offer explosive music quality that you will love and this quality will turn your home into a home theater for a next-level music experience. The high-end JBL Bar1000 delivers 880W sound output and features 10-inch wireless down- Firing subwoofer has been given. Comes with JBL Signature Sound with Dolby Atmos and DTS:X. If we talk about the price, then this series starts from Rs.34,999 and goes up to Rs.1,29,999.