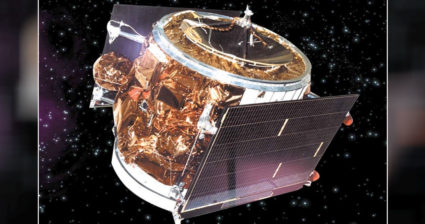 Delhi: Qualcomm is bringing the Emergency Satellite feature to Android phones in 2023. The new Satellite feature will be available on devices that have the Snapdragon 8 Gen 2 SoC. Apple launched its iPhone 14 series with exclusive satellite emergency messaging. Qualcomm has announced that its new processors and modems will come with a feature called Snapdragon Satellite, which will help people contact relevant authorities in case of emergency when there is no network.

With the help of Iridium satellite network, Qualcomm company has confirmed that it seems to be more powerful than Apple’s Emergency SOS feature. The good thing is that Qualcomm is implementing it better to give better experience to Android users and give tough competition to Apple. The chip maker has confirmed that Android phone users will be able to send and receive messages even in areas with no cell coverage. This feature will not only be useful in emergency cases but will also support SMS texting and other messaging applications.

Some change in services likely

Qualcomm has confirmed that the facility will be accessible in remote, rural and offshore locations. But people will not be allowed to exchange messages for free. There is a possibility of some changes in this services. Qualcomm has said that the cost of satellite-based messaging and dependent services will depend on OEMs and service providers and how they offer the service.

Introducing #Snapdragon Satellite: the first satellite-based, two-way messaging solution for @Android devices. From mountains ⛰ and deserts 🏜 to coastlines 🌊 and forests 🌲, you no longer have to choose between staying in touch and going off the beaten track. #CES2023 pic.twitter.com/qazLT0Tt5G

Premium messaging will come later, and people will have to pay extra for it

The new Satellite feature will be available on devices that have Qualcomm’s flagship Snapdragon 8 Gen 2 SoC under the hood. Initially, the Snapdragon Satellite feature will be limited to use in emergency situations so that you can contact someone for help if you’re in a remote area without mobile service. Qualcomm says that premium messaging will come later, and people will have to pay extra for it. According to Qualcomm, emergency texting may be free or may cost a small amount. It’s worth pointing out that this isn’t something Apple has introduced yet and it only lets you send via satellite using its SOS feature.