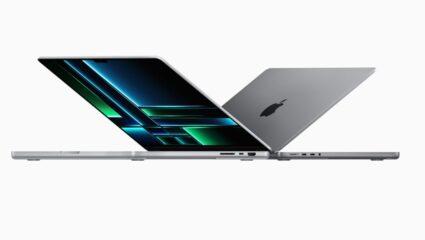 Delhi: Last year, Apple had rocked the mobile phone market worldwide by launching the IPhone 14, at the same time, Apple has announced the launch of Mac Mini due to the increasing demand for compact sized laptops. Apple’s Mac mini will now feature the M2 chip, including the Pro version of the chip. This is the first time Apple has brought pro-tier chips to the Mac mini, having previously only been offered with the entry-level M1 chip, the same one used in the MacBook Air.

The company has released new 14-inch and 16-inch MacBook Pro models, featuring its new M2 Pro and M2 Max chips. Apple released a 19-minute video on YouTube to announce the new M2 Pro and M2 Max models, which bring along new upgrades to the older models from late 2021. These new models are designed to offer better performance and capacity than the previous generation.

are available for purchase online

The 14-inch MacBook and 16-inch models with Apple’s new M2 Pro chip are available for purchase online and will be available in Apple Stores on January 24 but are available for purchase online now. The new MacBook Pro models also come with a redesigned keyboard and Touch Bar, providing a more comfortable typing experience and easier access to frequently used apps and functions. The new models are also equipped with a larger battery, which provides longer battery life and allows users to work and play longer without having to plug in. The M2 Pro model is equipped with a 12-core CPU, 19-core GPU and 32 GB of integrated memory, while the M2 Max model sports a 38-core GPU and 96GB of memory.