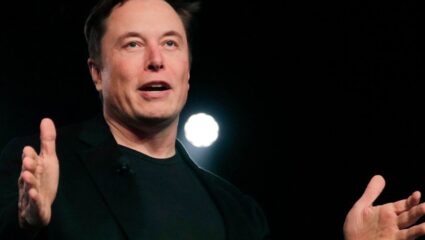 Delhi: Elon Musk has officially broken the world record for the largest loss of personal property in history. In 2022, there is a huge decline in Musk’s wealth by US$ 200 billion. Elon Musk bought Twitter last year for US$44 billion and sold off a substantial portion of his Tesla shares. Elon Musk bought Twitter last year for USD 44 billion and was the richest person in the world at that time.

The business tycoon saw a massive drop of USD 200 billion in his wealth and became the first person in history to lose such a huge amount. And now, Elon Musk is making headlines again after being recognized by Guinness World Records for breaking the world record for losing the most money in history. A press release by the organization confirmed this and stated that Elon Musk has officially broken the world record for the largest loss of personal property in history.

This was the loss 22 years ago

The Guinness World Records press release further states that previously, the record was held by Japanese tech investor Masayoshi Son, who lost USD 56 billion. The press release states that although it is nearly impossible to ascertain the exact figure, Musk’s total losses exceed the previous record of $58.6 billion set by Japanese tech investor Masayoshi Son in 2000.

Much of Musk’s personal fortune is tied to Tesla shares. The entrepreneur was one of the company’s early investors and eventually went on to hold the largest shareholding in the automobile company. The electric car brand was founded as Tesla Motors in July 2003 by Martin Eberhard and Mark Tarpenning. In 2004, Musk became the largest shareholder of the company by investing a whopping amount of USD 6.5 million. He then took up his role as the company’s CEO and product architect in 2008.

Elon Musk has lost $182 billion of personal wealth since 2021, the highest amount of anyone in history…https://t.co/PcQY7FGB1W

It’s no secret that Musk will sell the bulk of his Tesla shares in 2022 to first buy Twitter, and then probably to cover the losses of his new acquisition. Musk sold Tesla shares worth a combined USD 15.4 billion in April and August 2022. At the time, he said there were no ‘plans for further sales’. However, in November 2022, Musk sold 19.5 million Tesla shares worth around USD 4 billion. “Billionaire entrepreneur and Twitter’s new owner Elon Musk sold 19.5 million Tesla shares, an SEC filing shows,” a Reuters tweet said at the time.

Tesla shares began their decline in 2022 and had their biggest annual decline in the same year. In such turbulent times, Musk reportedly sent an email to all Tesla employees telling them not to panic about the stock market madness.

When Elon Musk bought Twitter, no one saw what was coming. From engaging in social media spats with former employees to sending company-wide emails to top-level executives within hours of assuming their new roles, to making changes to the company’s day-to-day operations and what not, Musk has Got headlines whenever. As a result, Twitter was no longer a place to work and most of its employees were either fired or resigned.