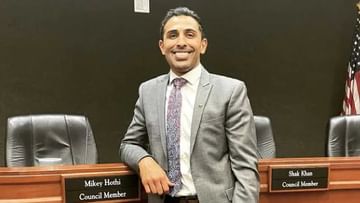 Mickey Hotey unanimously Northern California K has been elected as the 117th mayor of Lodi city. With this, he has become the first Sikh to get the top position in the city. Let us tell you that Hothi’s parents are from India. Prior to this, he served as the Deputy Mayor. He will preside over the meetings of the Common Council and serve as the city’s executive officer.

Will work as the fifth mayor

Tell you, Hothi will give his services as the fifth mayor of the district. Last year, former mayor Chandler announced last summer that he would not seek re-election. Hothi tweeted that I am honored to be sworn in as the 117th Mayor of Lodi City.

Family had a big role in building Sikh temple

His family was also instrumental in setting up the Sikh temple on Armstrong Road, according to a California newspaper. Our experience is similar to that of the Hispanic community that came before us, the Greek community, the German,” Mr. Hothy was quoted as saying in the report. Was.

Graduated from Tokay High School in 2008

Hothi said I have great people, great culture, great values ​​and just hard working people in this city. I am proud to represent this city as its mayor. Mr. Hothy, who graduated from Tokay High School in 2008, said growing up in the city was a challenge, especially after 9/11, when many Muslims and Sikhs faced unfair treatment. experienced harassment.

He was first elected to the Lodi Municipal Council from District 5 in November of 2020. Lodi is a city located in San Joaquin County, California with an estimated population of 67,021 as of the 2021 census data. Mr. Hothi, whose parents are from Punjab, grew up in Lodi. A report states that many became business owners and entrepreneurs who still manage successful companies today.