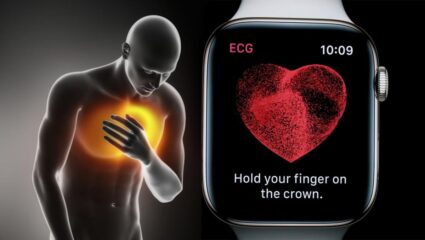 Gun violence has become so common in America that many people are killed in shootings every day. How horrifying this is can be gauged from the fact that in 2022 alone, there were 648 gun related violence in which more than 44000 people died.

America gun culture has become so common that on Sunday California A gunman killed 10 people and injured 10 others in a mass shooting. The gunman used a semi-automatic weapon and later committed suicide after being surrounded by police. According to the report, within 23 days of this new year, 36 mass shootings took place, in which 204 people lost their lives.

According to media reports, on May 24 last year, a gunman attacked a school in Texas, killing 22 people, including children. Gun violence is a big problem in America and news of mass shooting comes to the fore every day. According to the Gun Violence Archive, if statistics are to be believed, there may be many more mass shootings in the coming days this year.

On January 16, 6 people lost their lives in a shooting in Tulare County, California, in which a 16-year-old and a 10-year-old child lost their lives. One person was killed and four others were injured in a shooting in Houston on January 15. On January 7, a 6-year-old boy opened fire at a school in Virginia, fatally wounding his teacher. According to media reports, gun culture in America is common in high-income countries. For example, compared to other countries, 26 times more people keep weapons in America.

In terms of gun-related suicides, the United States has 12 times more suicides than other high-income countries. In the report, quoting the Gun Violence Archive website, it has been told that only in the last year 2022, there were 648 mass shooting incidents, in which 44 thousand people were killed. Whereas in 2021, 49 thousand people were killed in gun related violence. According to the report, one in every three adults here has some kind of weapon. At the same time, one adult in every two sleeps in such a house where weapons are kept.

The two superpowers are working together to save lives aboard the International Space Station and improve the understanding of space by sharing technology. Friendship between two superpowers for this space mission!

As such, there is a standoff between Russia and America regarding their respective views on Ukraine. But this rift is only till the earth. When it comes to space, both the world powers are ready to work together. Although earlier there was a competition between the two countries for supremacy not only on earth but also in space, but now they are going to work together on a future plan to bring back their astronauts safely.

Astronauts are trapped in the damaged Soyuz MS-22 spacecraft after the explosion at the International Space Station on 21 September 2022. MS-22 is a Russian spacecraft which was the victim of an accident on 21 December 2022. Due to this the thermal control system of the vehicle deteriorated. And in such a situation, due to excessive increase in the temperature of the vehicle, it is becoming dangerous for the three astronauts sitting in it.

How did the vehicle get damaged?

Due to the accident, there has been a hole of 0.8 mm diameter in the cooling radiator of the spacecraft. US space agency NASA has said in a statement that the path to the return of MS-22 is not clear after the accident and that it is helping Russian space agency Roscosmos in the coolant leak case of the damaged spacecraft.

Earlier it was being said that the spacecraft was damaged due to the collision of a meteorite, but the investigators have rejected this possibility.

International Space Station program manager Joel Montelbano told a press conference that the trajectory team in both Houston and Moscow have confirmed that the spacecraft was not damaged by meteor showers. He said that according to the information we have received, it was to be ascertained from the photographs taken whether the vehicle had collided with the meteorite or whether there was a problem with its hardware and that answer is now in front of us.

The Soyuz MS-22 spacecraft was launched from the Baikonur Cosmodrome in Kazakhstan as part of a routine mission to the International Space Station carrying NASA astronaut Frank Rubio and Roscosmos cosmonauts Sergei Prokopyev and Dmitry Petelin. This vehicle was to return to Earth in March.

Let us tell you that the ISS ie International Space Station is located about 400 kilometers above the surface of the Earth and here every four to six months some astronauts from different space agencies reach for their missions, which includes Russia.

Apart from the MS-22 crew, there are currently four more astronauts on the International Space Station. These are – Nicole Mann and Josh Casada of NASA, Anna Kikina of Russia and Koichi Wakata of Japan.

Since the establishment of the ISS on November 20, 1998, Soyuz was the 110th mission to arrive here with a crew. After Soyuz, SpaceX’s Crew Dragon Endurance also reached this space station.

Five more such missions have been planned to be launched this year. Currently, five spaceships are docked on the ISS, including the Cygnus Space Freighter, Crew Dragon and two Progress resupply vessels.

Why is this matter important?

Within a few months of the launch, the coolant leaked from the hole in the Soyuz spacecraft and started scattering in space. It was believed that this hole was caused due to the collision of the meteor body rain. But now this possibility has been ruled out. At the same time, the cause of the accident is now being linked to space junk.

Since this accident, NASA and Russia’s Roscosmos space agency are now preparing an emergency evacuation plan for passengers in collaboration with European and Japanese agencies.

According to a news from Space.com, the leakage of coolness from the vehicle means that soon the vehicle will be unable to withstand the heat and moisture of the three human bodies present in it. Increase in temperature and humidity can damage the vehicle’s computer system.

At the same time, Roscosmos believes that the vehicle can work normally with only two crew members. However, the data analysis of the spacecraft has not been completed yet by the agency.

What will be the changes?

According to the plan, a custom-built seat liner for NASA astronaut Rubio will be transferred from Soyuz MS-22 to the SpaceX Crew Dragon Endurance on January 17. This work will take about a day.

Meanwhile, Russia is preparing to send another uncrewed spacecraft, Soyuz MS-23, to space on February 20, which will reach the ISS on February 22. Once the vehicles reach the space station, the seats of Rubio, Prokopyev and Petelin will be shifted to Soyuz MS-23. There is a possibility that Soyuz MS-22 will be brought back to Earth without any driver.

If there is an emergency before MS-23 reaches there, NASA and Roscosmos are in talks with SpaceX to deal with it so that with the help of Crew Dragon spacecraft, the people present there can be safely returned.

Since Russia’s attack on Ukraine in 2022, its relations with America have worsened. Despite this, both the world’s superpowers are working together on this front to save lives on the International Space Station and to improve the understanding of space by sharing technology.