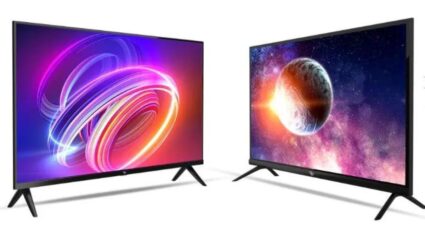 Delhi: The name of many companies comes in the world of television, when it comes to itel, it is very advanced regarding its features. Itel has launched two new televisions in India. The brand has expanded its range of TVs with the new L-series. While both are quite different from each other in terms of specifications and price. These have Chromecast built-in and come with pre-installed OTT apps including Amazon Prime Video, YouTube, Sony LIV, Zee5, etc. and come with a smart remote control.

Both of these come in the budget segment. Talking about the price, itel L3265 is priced at Rs.8,999 while L4365 is priced at Rs.16,599 in India. Both televisions can be purchased from the company’s website. itel L3265 sports a 32-inch HD resolution display and 250 nits peak brightness. On the other hand, the L4365 sports a 43-inch screen with FHD resolution and 300 nits peak brightness. It comes with stand.