The accused woman, Davis, told the police that she stabbed the woman’s head several times with a knife because it would leave one person less to blow up our country. 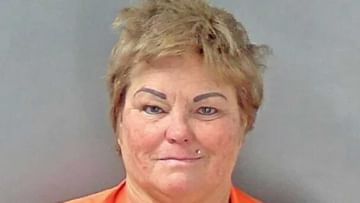 one at Indiana University asian schoolgirl But the fatal attack is news. A 56-year-old American woman here attacked an 18-year-old student with several knives on the head. The accused woman has been arrested by the police. The accused woman, Davis, told the police that she stabbed the woman’s head several times Because this will leave one less person to blow up our country.

According to the police, the victim was standing and waiting for the doors to open to exit the Bloomington Transit bus when the accused woman started hitting her on the head. There was no conversation between the two women before the attack. According to court records, Davis has been charged with attempted murder. The victim is being treated at the hospital for multiple stab wounds.

The accused woman confessed her crime

On Thursday, police again questioned the accused, who admitted to using a folding knife in the racially charged attack, and charged him with attempted murder. It is unclear whether he will also be charged with a hate crime. Police said the attack was completely unprovoked. A witness followed Davis and informed the police about the whole matter.

“This week, Bloomington was reminded that anti-Asian hate is real,” James Wimbush, Indiana University’s vice president of diversity, equity and multicultural affairs, said in a statement. This can have a negative impact on our community. “No one should face harassment or violence because of their background, ethnicity or heritage,” he said. Instead, the Bloomington and IU communities are strong because of the great diversity of identities and perspectives that make up our campus and community culture.”

The mayor issued a statement on the incident

Please tell that Bloomington Mayor John Hamilton has also condemned this controversy. He said that behavior like assault on a student in a bus is not acceptable and will be dealt with accordingly. 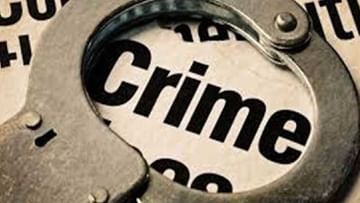 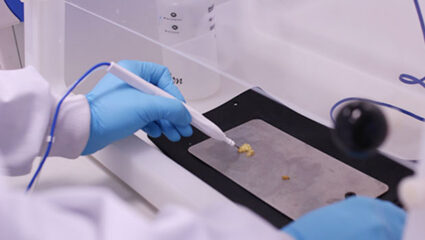 Delhi: Surgical knife can reliably diagnose endometrial cancer and help thousands of healthy women recover soonerA revolutionary surgical knife that “smells the tumor” can diagnose cancer of the womb within seconds, Researchers have made a breakthrough that could enable thousands of healthy women to recover more quickly. The disease is the fourth most common cancer in women and affects around 9,000 in the UK, but is found in only around 10% of people with suspicious symptoms who undergo biopsy. Now experts at Imperial College London have discovered that the surgical knife, a tool already used to treat breast and brain cancer, can accurately detect the presence of endometrial cancer.

The team of researchers reported that the surgical knife reliably diagnosed endometrial cancer in seconds with an accuracy of 89%, reducing the current delay for women awaiting a histopathological diagnosis. The findings presented in this study may pave the way for new clinical avenues. Biopsy uses electric currents to differentiate between cancerous and healthy tissue by analyzing the smoke that is released when the tissue is vaporized after the surgical knife is removed from the uterus. Its effectiveness was proven using biopsy tissue samples from 150 women with suspected womb cancer, and the results were comparable to current diagnostic methods, the researchers said. The team plans to launch a major trial, which could lead to wider use.

Athena Lamanisos, chief executive of the Eve Appeal cancer charity, which funded the research, said waiting for test results is stressful – especially if that test is to find out whether you have cancer. When you hear the ‘C’ word is also a possibility, the days can’t pass quickly until a doctor gives you the all-clear. Postmenopausal bleeding in womb cancer is a ‘red flag’ symptom which should always be checked at two-week referral to your GP. Waiting two more weeks for the results can be really tough for the patients. There are many causes of abnormal vaginal bleeding after menopause – womb cancer is just one of them – the ability to provide tests that rule out or rule out cancer promptly, and with accuracy, can make such a positive difference. This Eve-supported research has the potential to make a step change in rapid diagnosis, and an effective way to put their minds at ease for the 90% of women with postmenopausal bleeding that is not cancer. We know how important this is to patients. Professor Sadaf Gham-Maghami, who led the research at Imperial College London, said a diagnosis within seconds could help women with confirmed cancer to start treatment sooner, while women deemed healthy could be spared weeks of worry. Can be saved.

referred for a possible diagnosis of cancer

The surgical knife has the potential to completely revolutionize the way people seen in rapid-access clinics with significantly abnormal vaginal bleeding are managed, who have been referred for a possible diagnosis of endometrial cancer. With its high diagnostic accuracy of 89% and positive predictive value of 94%, one can immediately assure a person of a very low chance of having cancer if the surgical knife result is negative and for those people Accelerates the tests and scans and treatments that the biopsy indicates. The presence of cancer may occur while awaiting confirmation from standard pathology, which may take up to two weeks.