The accused has been identified as Aidan Fucci. The court convicted Aden on the charge of murder. 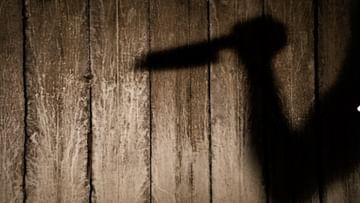 America A sensational case has come to light in which a 16-year-old boy murdered a 13-year-old girl. This girl was a cheerleader who was stabbed to death 114 times. The matter is of Mother’s Day of 2021. Tristin Bailey hj was brutally stabbed 114 times on Mother’s Day in 2021. After this, the accused buried his dead body in a wooded place in the neighborhood.

The accused has been identified as Aidan Fucci. The court has convicted Aden on the charge of murder. In a statement to the court, Eden Fucci said, “I just want to say that I plead guilty and I am sorry to the Bailey family and my family.

Had talked with friends about killing someone

According to The New York Post, Fucci’s friends told investigators that he had openly fantasized about violence and murder in the months leading up to the murder, and had targeted a classmate in a fit of rage. He would always post mutilated bodies in his photos and tell friends that he had voices in his head that told him to kill innocent people.

According to reports, a few days before the murder, Phukki had told a friend that he wanted to tattoo someone with a knife. Along with this, he had also said that one day he will kill someone by bringing them under a tree. He used to practice killing someone by taking out a knife alone.

Where did the dead body come from?

According to the information, after killing a 13-year-old innocent, Karma was written on his left leg and a smiley was made on the right leg. The victim’s body was recovered from under a tree near a lake in Florida.

A senior US defense official told reporters that Washington was very confident it was a Chinese high-altitude balloon flying over sensitive areas to collect information.

After the Chinese spy balloon was seen in America, the atmosphere between the two countries has heated up. Tell that this balloon equal to the size of three buses Foreign Minister Antony Blinken Shown just before K’s visit to China. However, for the time being the journey has been postponed. Pentagon Press Secretary Brigadier General Patrick Ryder said the balloon is ‘currently flying at an altitude above commercial air traffic and does not pose a danger to people on the ground.’ Ryder said that similar ballooning activity has been observed over the past several years and that the government has taken steps to ensure that no sensitive information is stolen.

According to a senior administration official, President Biden was briefed and the military was asked to present alternatives. Defense Secretary Lloyd Austin and Chairman of the Joint Chiefs of Staff General Mark Miley advised against taking action because of the risk to the safety of people on the ground. Biden accepted this recommendation.

Balloon will keep flying over America

The Pentagon said on Friday that the Chinese balloon would float over the United States for the next few days. General Ryder told reporters that as of Friday afternoon the Chinese balloon was at an altitude of about 60,000 feet and was flying in an eastward direction over the center of the continental US. He also said that Aerospace Defense is monitoring the suspected balloon ‘closely’.

In fact, US Secretary of State Antony Blinken has postponed his visit to Beijing after a Chinese balloon was seen over America. The decision came despite China’s claim that the balloon was a meteorological research satellite that lost its course. America has called it a surveillance satellite. With this, the already strained US-China relations have suffered another blow. Officials said that Blinken and President Joe. Biden determined that it was better not to travel at this time.

US suspected of surveillance

At the same time, China’s Foreign Ministry said on Friday that the balloon which the US is suspected of monitoring is of civilian purpose, which is mainly used for meteorological research. The ministry said in a statement that due to wind, the balloon’s operational capability was limited and it “deviated far from its planned route”. It said that China regrets the unintended entry of its balloon into US airspace.

A senior US defense official told reporters that Washington was very confident it was a Chinese high-altitude balloon flying over sensitive areas to collect information. The official said on the condition of anonymity that the places where the balloon was seen included Montana, where the country has three nuclear missile launch sites.

The Pentagon press secretary said the balloon is currently flying at an altitude well above commercial air traffic and does not pose a military or physical threat to people on the ground. He said that another reason for not demolishing it was that the debris could be harmful to people on the ground and result in damage to property.

A woman in America did not want children. When she was pregnant, she kept searching for abortion methods in the net but she did not succeed. Later she gave birth to twin children. 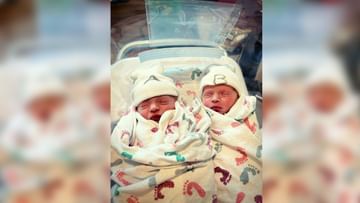 Such an incident has come to the fore in America which has shocked. Any corner of the world, but the status of mother is same. This is a relationship which is completely different from any story, poem, poetry. What does a mother do to raise her children, don’t know how many sorrows she is suffering, she does not let the children get hurt. But an American mother killed her newborn children by starving them. After this a story was created that his death was natural. How can someone be so cruel?

In Missouri, USA, a woman has been convicted of killing her twin children. The woman had earlier told that her children were born dead. Maya Caston (28) was convicted on Friday of culpable homicide not amounting to murder and two counts of endangering the lives of children. The jury found him guilty of lesser offenses rather than guilty of murder (second degree), the St. Louis Post-Dispatch reported.

the woman did not want children

Prosecutors argued that carelessness on the part of Caston to care for the children showed that she caused their deaths. Before the children were born, she had searched extensively on the internet for methods of abortion, which showed that she did not want children. Caston told the jury that he had planned to give the babies up for adoption three days after they were born, but the babies died before that because they were not eating.

I was in shock… Convicted woman’s false statement

Assistant prosecuting attorney Thomas Dittmeyer said, “We have found two dead children.” She didn’t want them. He didn’t care about them. He didn’t even name them. Caston’s lawyers said that she was not thinking clearly and had no idea that the lives of the babies could be in danger. I was in shock, Caston told the jury. I didn’t know what to do.

It is believed that this family was targeted and gangs are involved in it. Apart from this, investigation of possible drug is also being done. 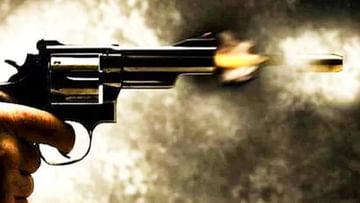 In a shooting incident in the early hours of Monday at a house located in the middle of the US state of California six people died happened. Sheriff’s office officials said the dead included a 17-year-old mother and her six-month-old baby. He told that the officers are looking for at least two suspects.

The Tulare County Sheriff’s Office said shots were fired at a home in East Visalia at 3:30 a.m. Monday. Sheriff Mike Boudreaux told reporters that there was information that a shooter was in the area.

US | Six people, including a 17-year-old mother and her six-month-old baby, were killed in a shooting at a home in Goshen, California, said Tulare County Sheriff Mike Boudreaux. pic.twitter.com/ukHVl8h43I

In fact, Tulare County Sheriff Mike Boudreaux told that there was a shooting in Goshen in the US state of California. Six people including an innocent child have died in this. He told that the shooting took place in a house in central California in the early hours of Monday. Authorities are looking for at least two suspects involved in the case.

According to media reports, Mike Boudreaux said that a video of this was posted on the Facebook page of the Tulare County Sheriff’s Office (TCSO). He said that a 17-year-old mother and her six-month-old child were among those killed.

attacked by a gang

At the same time, it has come to light in the investigation that this incident is not a sudden violence. This incident has a gang relation. According to the TCSO’s Facebook post, detectives believe there are at least two suspects. It is believed that this family was targeted and gangs are involved in it. Apart from this, investigation of possible drug is also being done. Let us tell you that a week ago, TCSO detectives had executed a narcotics search warrant at the victims’ house.

Amber McLaughlin killed her girlfriend Beverly Guenther in 2003 and dumped the body near the Mississippi River. Amber was sentenced in 2016. In 2021, the court had upheld his death sentence.

America one in transgender woman Has been sentenced to death. This has happened for the first time in American history. Late on Tuesday night, he was given death sentence by giving poisonous injection. name of this transgender woman amber mclaughlin (Amber McLaughlin). Amber was accused of murdering her girlfriend. Amber was pronounced dead at the Diagnostic and Correctional Center in Missouri City at around 7 pm US time.

Amber and Beverly Guenther were in a relationship before the sex change. After some time their relationship turned sour. After this, the distance between the two started increasing. In 2003, Amber murdered his girlfriend Beverly Guenther and dumped the body near the Mississippi River. Amber was sentenced in 2016, 13 years after the murder. In 2021, the court had upheld his death sentence.

There was a demand to change the sentence

Amber’s lawyers had demanded Governor Mike Parson to change the death sentence to life imprisonment, but Governor Mike Parson did not accept it and retained Amber’s sentence. He said that Amber was mentally and physically troubled since her early days. He also argued in front of the governor that Amber had a troubled childhood and was suffering from mental and health problems.

In this case, high-profile people, including two Missouri members of the US House of Representatives Corey Bush and Emanuel Cleaver, also wanted to relieve Amber from the death penalty. In a letter to the governor, he had said that Amber had faced a lot of problems in her childhood. Amber’s father used to beat her with sticks. But Amber suffered silently and was struggling with her identity. Amber was suffering from a disease called Gender Dysphoria.