Monika Singh She has been a trainee lawyer for over 20 years and has been involved in several civil rights organizations at the state and national levels. He was born and brought up in Houston, Texas, USA. 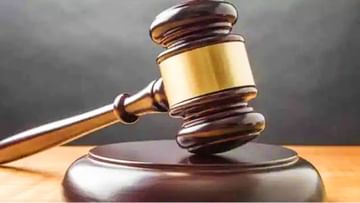 Sworn in as Judge of the Harris County Civil Court. (representative picture)

Indian-origin Manpreet Monica Singh has been sworn in as a judge in Harris County. She is the first Sikh woman in America to become a judge. Manpreet Monika Singh in her Oath taking ceremony I said that it means a lot to me. She said that I represent Houston, so we are happy for this.

Manpreet Monica Singh was born and raised in Houston, Texas, USA, and now lives in Belair with her husband and two children. He was sworn in as a judge of the Harris County Civil Court at Law No. 4 in Texas on Friday. Monika Singh’s father had migrated to America in the early 1970s.

Monika Singh She has been a trainee lawyer for over 20 years and has been involved in several civil rights organizations at the state and national levels. Indian-American Judge Ravi Sandil, the first South Asian judge of the state, presided over the swearing-in ceremony of Monica Singh. The courtroom was packed during the oath ceremony. Indian-American Judge Ravi Sandil said that this is indeed a big moment for the Sikh community.

She said that Manpreet Monika Singh is not only an ambassador for Sikhs but also for women of all colours. According to media reports, in fact there are an estimated 500,000 Sikhs in America, out of which 20,000 Sikhs live in the Houston area. Houston Mayor Sylvester Turner said it was a proud day for the Sikh community as well as everyone who sees the diversity of the city of Houston in the diversity of the court.