Earlier this month, Southwest Airlines faced opposition from the US government for canceling 16,700 flights over the holiday as it battled inclement weather and outdated technology. 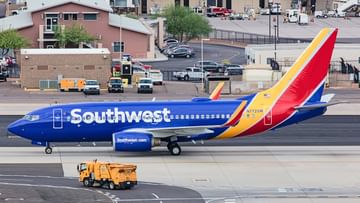 Due to the snow storm in America, the flights of the aircraft have been greatly affected. More than 1,000 flights to the United States were canceled on Monday, nearly half of them due to a severe winter storm. Southwest Airlines are of. A total of 1,019 flights were canceled as of 6:00 p.m. Monday, according to flight-tracking service FlightAware.

Earlier this month, Southwest Airlines faced opposition from the US government for canceling 16,700 flights over the holiday as it battled inclement weather and outdated technology.

The company canceled about 12 percent of its Monday schedule, while American Airlines Group Inc canceled 6 percent, or 200 flights. So far for Tuesday, a total of 797 flights in or out of the US are scheduled to be cancelled.

In fact, Southwest Airlines and other major American airlines have issued discounts under an offer during the winter season. In this, if the customer wants to change his itinerary on the originally booked ticket, he can do so without any difference in fare.

Heavy damage due to severe storm

Let us tell you that due to the severe storm in many parts of America, there has been a huge loss. Several people died recently in central Alabama and Georgia due to the storm. Several homes were damaged in Autauga County in northeast Alabama. Hundreds of flights were canceled in the US in the same month due to a technical fault in the Federal Aviation System. The cancellation of flights in America had an impact on flights from other countries as well.

Due to the outage, flights coming from America to India were also affected, but there was no impact on flights going from India to America. On the other hand, US President Joe Biden has denied cyber attack behind technical failure. Read 10 big things… 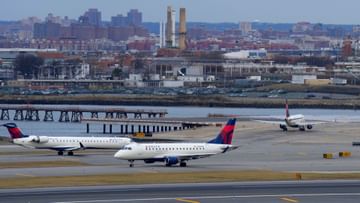 America Due to technical failure in the messaging system, air flights have been badly affected. More than 1,000 flights were canceled and at least 9,000 were delayed after a glitch in the administration system. Meanwhile, flights coming from America to India were also affected, but there has been no impact on flights from India to America and flights are being operated normally. On the other hand, US President Joe Biden has denied cyber attack behind technical failure and officials have said about database damage. Read 10 big things…

Nasdaq also dived 1.47 percent or 153 points to close at 10305 level. If this affects the domestic market today, then the last trading day of the first week of the year i.e. today will see another decline.