At the same time, UNMISS thanked India by tweeting. He wrote that 1,171 of your soldiers have been awarded the United Nations Medal for their important UNMISS work in Upper Nile South Sudan. 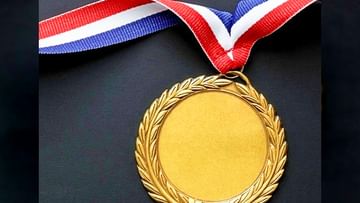 Indian peacekeepers serving in UN peacekeeping missions have been awarded the prestigious UN medal. This honor has been given to him for the indomitable courage shown in the line of duty. In fact, the United Nations Mission in South Sudan (UNMISS) Indian peacekeepers deployed in the event were honored with the prestigious United Nations Medal. This program has been led by a woman officer of the Indian Army for the first time.

At the same time, UNMISS thanked India by tweeting. He wrote that 1,171 of your soldiers have been awarded the United Nations Medal for their important UNMISS work in Upper Nile South Sudan.

According to media reports, UNMISS said that for the first time in this ceremony, Major Jasmine Chatha, a female officer of the Indian Army, led the parade. During this, he said that it is a great honor for him to represent his regiment. Along with this, Jasmine Chatha said that this is also a message of women’s strength.

Five women are also among the honored soldiers

Major Jasmine Chatha told that the soldiers while serving during this, repaired the roads and discharged their duties in the event of disaster. In this program, UNMISS Force Commander Lt. Gen. Mohan Subramanian honored Indian peacekeepers with medals. Five women are also among the 1,171 soldiers awarded the UN medal.

During this, UNMISS said that all the soldiers have performed well. He said these soldiers have provided security to thousands of civilians, saving many lives in the process. Not only this, he also worked in adverse circumstances to help people.

saved the lives of five children

On the other hand, Captain Karishma Kathayat, an engineer associated with this mission, said that it is a big task to improve the standard of living of those whom we are serving here. Let us tell you that violence in Adhidiang and Kodok, where about 11,000 displaced people are still gathered near the UNMISS military base. Since September last year, Indian medical workers have performed emergency surgeries that have saved the lives of five children.