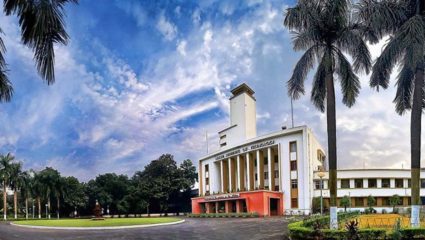 Kharagpur. The Indian Institute of Technology (IIT), Kharagpur is looking to set up an engineering institute in Malaysia as part of its plan to expand its footprint globally. The director of the institute VK Tiwari gave this information. Speaking at the 68th convocation of IIT Kharagpur on Saturday, Tiwari said the institute aims to be among the top 10 educational institutions in the world.

“IIT Kharagpur aims to set a global benchmark for excellence in education by establishing IIT Malaysia, which will be a major step towards making the institute an international presence,” he added.

Tiwari, however, did not give any timeline regarding the establishment of the new engineering institute in Malaysia, nor did it inform whether the said institute would be a joint venture with any other institute. He informed that IIT Kharagpur has prepared a collection of research papers based on 75 innovations made by its employees and researchers.

Describing the success story of innovations at IIT Kharagpur in the last two years, Tiwari said that the ‘CoviRap’ kit designed to test for corona virus infection was sold for Rs 6.7 crore, while several other new devices fetched Rs 1 crore each. earned more than “We are supporting 25 identified innovations,” Tiwari said.

“From Vinod Gupta to Sundar Pichai, many alumni of IIT Kharagpur, who number in thousands, have made the institute proud,” he added. Forty distinguished alumni including nine Life Fellows of the Institute were felicitated at the convocation. Nine students were also awarded gold medals in their respective fields of study.