America has done Urban Combat Exercise in San Diego. According to the American media, America is engaged in preparations for the third world war.

America is preparing for a big war. Video of America’s Urban Combat Training has surfaced in San Diego. A large fleet of helicopters was involved in this. It is being told that this training is a sign of preparation by America for any third world war. Please tell that the training was according to the real conditions of the war. In the American media, it is being called the preparation of World War-3.

Members of the Coast Guard searched for the missing people with the help of a boat and helicopter, although no trace of them was found till noon. 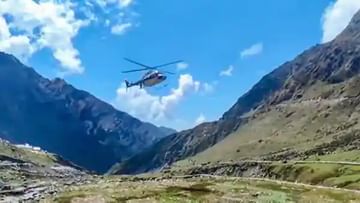 America one in the gulf of mexico helicopter crash Done, in which four people were aboard. The US Coast Guard searched for these passengers for hours on Thursday in the waters off Louisiana. Petty Officer Jose Hernandez, a spokesman for the Coast Guard’s Eighth District Headquarters in New Orleans, said: helicopter It took off from an oil platform at around 8.40 am local time, after which it crashed. Members of the Coast Guard searched for the missing people with the help of a boat and helicopter, although no trace of them was found till noon.

Hernandez said, we are still looking for those four people. The helicopter went down about 16 kilometers (16 miles) in Southwest Pass at the mouth of the Mississippi River, southeast of New Orleans. He told that among the missing are the pilot of the helicopter and three employees of the oil platform.

Indian died a day ago

The two minor daughters of the Indian-American couple who died after falling into a frozen lake are under the custody of the Department of Child Protection in Arizona, USA. In Arizona, Narayan Muddan (49), Gokul Mediseti (47) and Harita Muddana died after falling into a frozen lake. The accident happened at Woods Canyon Lake in Coconino County on December 26 at 3:35 pm. These people had come out of the valley a day after Christmas to enjoy the snowy road and wanted to take some pictures on the snow.

The sheriff’s office said that while taking pictures on the ice, three people fell into the frozen lake when the surface of the ice broke and caved in. Officials said that they had taken out Harita, but they could not save her and she died on the spot. The bodies of all three have been recovered. The Arizona Department of Child Protection was called in to take over custody of the orphaned girls between the ages of seven and 12.

We wanted them to feel safe,” said John Paxson, who works in the Coconino County Sheriff’s Office. We tried to protect them from the cold and keep them away from the scene. The Indian American community is mourning the incident and coming together to support the families affected by the tragedy.