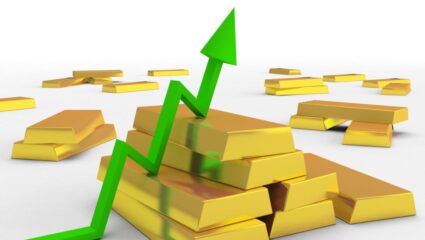 Delhi: Everyone likes to buy gold in India, whether it is a wedding, a festival or a function seems incomplete without buying gold. Because of which the demand for gold also never decreases. On the other hand, when people buy more gold, its price also increases. Gold prices in Indian markets have again reached another record high today. On MCX, gold rose by 0.3% to Rs 56,850 per 10 grams, while silver rose to Rs 68,743 per kg.

Prices skyrocketed in the last one month 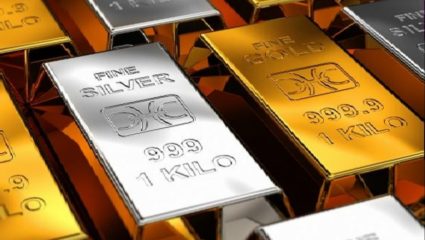 Mumbai: In the Indian market, the gold price is expected to reach Rs 60,000 per 10 grams in 2023 as more investors move towards safe assets in the new year. In the international market, gold prices fell from a high of $2,070 an ounce in March to a low of $1,616 an ounce in November and have been recovering since then. In early 2022, the price of gold was around $ 1,800 an ounce.

At present, the price of this precious metal in the international markets is $ 1,803 an ounce. On the commodity market Multi Commodity Exchange of India Ltd (MCX), gold is at Rs 54,790 per 10 gram when the rupee is close to 83 against the US dollar. A number of factors are expected to boost gold prices in the future such as geopolitical situation, recessionary concerns, inflationary trends and low demand for crypto assets.

Gold has always been considered a safe asset in uncertain times. Ravindra V Rao, vice-president and head of commodity research at Kotak Securities, told PTI-language, “Gold is expected to trade in the range of $ 1,670-2,000 with a positive trend in the international market next year.” On MCX gold may trade in the range of Rs 48,500-60,000.” Although the demand for gold is likely to be flexible in 2023.

Rao said further tightening of interest rates by the US Federal Reserve could have a profound impact on gold prices in the first quarter of next year. Market experts believe that due to the Russia-Ukraine conflict, there was a short-term rise in gold prices. He said the Federal Reserve and other central banks raised interest rates during the year to manage inflation, which affected sentiment for gold. The gold price on MCX was Rs 47,850 per 10 grams at the beginning of the year and then reached a peak of Rs 55,680 per 10 grams in March.

In September, it came down to a low of Rs 48,950 per 10 grams. According to experts, it is expected to fetch at least $1,885 in international markets and Rs 57,000 per 10 grams in MCX. Any new geopolitical tension may push the prices further. Ashish Pethe, chairman of the All India Gems and Jewelery Domestic Council (GJC), said, “There has been a strong return in demand for gold and gold jewelery in the second half of 2022 (July-December). The increase in the price of gold has affected the retail counters. If gold rates stabilise, good sales are expected in the coming year.