The man’s quarrel with his girlfriend increased so much that the man got angry and went to the garage without thinking anything and picked up the gasoline from there and brought it to the bedroom. 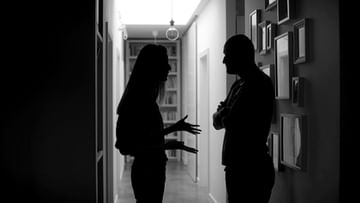 What will you do if your girlfriend gets angry or quarrels with her? Will you convince or stop talking for some time. Will you not hand over the car or house to fire? But nowadays some such cases are coming to the fore, where people are bent on harming themselves after quarreling with their girlfriends. fresh case America is of, where a person quarrel with girlfriend After that the whole house was set on fire. Police have told that a person living in Illinois area of ​​America set his car on fire after a quarrel.

The name of the person who set fire to the house is Kevin Williams, who is 45 years old. Police officials have told that Kevin Williams was upset with his 47-year-old girlfriend for a long time. Yesterday the man was with his girlfriend in his house. But around 10 o’clock in the night, there was a fight between the two over something. The quarrel increased so much that Kevin Williams got angry. And without thinking anything went to the garage and picked up gasoline from there and brought it to the bedroom.

The fire spread slowly throughout the apartment.

After this, Kevin Williams sprinkled gasoline in the entire bedroom and set it on fire. After this Kevin Williams ran away from there. The fire slowly spread throughout the apartment. Police say that there were four people inside the house at the time of the incident. Police told that at the time when she started coming inside the apartment, at that time there were a 26-year-old woman and her three children inside. Although everyone was taken out safely.

Police officers who reached the spot after the incident launched a search operation to find Kevin Williams. During this, he was found in his garage, where the police immediately arrested him and sent him to jail.

The man was allegedly playing with the gun, when the gun fired and hit his girlfriend standing in front of him in the chest. The police have taken the man into custody and his interrogation is on. 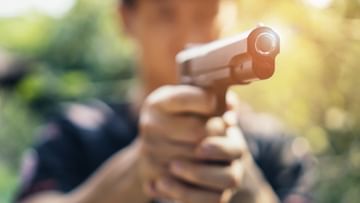 The person was playing with the gun, fired (indicative picture)

Caution removed, accident happened… You must have heard this proverb many times. a related case America has come to the fore. Here the capital of Georgia atlanta While playing with a gun on Saturday, a man accidentally fired at his girlfriend, after which she died. The local police have told that the identity of the man and his girlfriend is yet to be ascertained. The man ran away from the building after his girlfriend died.

When the Atlanta Police Department was informed about the incident, officers arrived at the Northside Plaza apartment complex near Markham Street, according to Georgia’s WSB-TV. Officers found a woman there with a bullet wound to her chest. The police immediately took the injured girl to the hospital, but she died.

During the initial investigation, the police scanned the CCTV footage of the breezeway of the apartment complex, in which the man is allegedly seen with his girlfriend. It was at this place that the man fired at his girlfriend. According to WSB-TV, the man was allegedly playing with the gun when the gun went off and hit his girlfriend standing in front of him in the chest. The woman was also taken to the hospital, where she died.

Police interrogating the accused in custody

Capt. Tom Etzert of the Atlanta Police Department told WSB-TV that it was definitely an accident. Police told the media that the man and his girlfriend did not live in this apartment complex. His friend lived here, whom these people had come to meet. The police have taken the man into custody and his interrogation is on.

Amber McLaughlin killed her girlfriend Beverly Guenther in 2003 and dumped the body near the Mississippi River. Amber was sentenced in 2016. In 2021, the court had upheld his death sentence.

America one in transgender woman Has been sentenced to death. This has happened for the first time in American history. Late on Tuesday night, he was given death sentence by giving poisonous injection. name of this transgender woman amber mclaughlin (Amber McLaughlin). Amber was accused of murdering her girlfriend. Amber was pronounced dead at the Diagnostic and Correctional Center in Missouri City at around 7 pm US time.

Amber and Beverly Guenther were in a relationship before the sex change. After some time their relationship turned sour. After this, the distance between the two started increasing. In 2003, Amber murdered his girlfriend Beverly Guenther and dumped the body near the Mississippi River. Amber was sentenced in 2016, 13 years after the murder. In 2021, the court had upheld his death sentence.

There was a demand to change the sentence

Amber’s lawyers had demanded Governor Mike Parson to change the death sentence to life imprisonment, but Governor Mike Parson did not accept it and retained Amber’s sentence. He said that Amber was mentally and physically troubled since her early days. He also argued in front of the governor that Amber had a troubled childhood and was suffering from mental and health problems.

In this case, high-profile people, including two Missouri members of the US House of Representatives Corey Bush and Emanuel Cleaver, also wanted to relieve Amber from the death penalty. In a letter to the governor, he had said that Amber had faced a lot of problems in her childhood. Amber’s father used to beat her with sticks. But Amber suffered silently and was struggling with her identity. Amber was suffering from a disease called Gender Dysphoria.