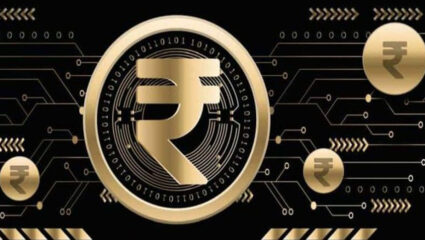 New Delhi. India’s economic growth rate will come down to 6.6 percent in the next financial year (2023-24). The World Bank has estimated this. The growth rate in the current financial year 2022-23 is estimated to be 6.9 percent. “However, India will remain the fastest growing economy among the seven largest emerging market and developing economies (EMDEs),” the World Bank said in its latest forecast on the Indian economy.

The economic growth rate in the financial year 2021-22 was 8.7 percent. The growth rate in the financial year 2024-25 is estimated to be 6.1 percent. “Slowdown in the global economy and growing uncertainty will have an impact on export and investment growth,” the statement said. The government has increased spending on infrastructure and facilities for business. However, this would help in mobilizing private investment and support the expansion of manufacturing capacity.

The World Bank said, “The growth rate is expected to slow down to 6.6 percent in the financial year 2023-24. After that it may come down to a little above six per cent. In the first half (April-September) of the current financial year, the gross domestic product (GDP) growth rate has been 9.7 percent on an annual basis. This indicates an increase in private consumption and investment. For most of last year, consumer price index-based inflation remained above the Reserve Bank of India’s (RBI) comfortable level of six per cent.

Due to this, the central bank has increased the key policy rate repo by 2.25 percent between May and December. India’s merchandise trade deficit has more than doubled since 2019 and stood at $24 billion in November. The trade deficit widened due to crude petroleum and petroleum products ($7.6 billion) and other items such as ores and minerals at $4.2 billion. The World Bank said India used its international reserves ($550 billion in November, or 16 percent of GDP) to hedge exchange rate volatility to curb rupee depreciation.