Last April, he made a private visit to Pakistan, during which he met the then Prime Minister Imran Khan and visited Pakistan-occupied Kashmir (PoK).

Last April, he made a private visit to Pakistan, during which he met the then Prime Minister Imran Khan and visited Pakistan-occupied Kashmir (PoK). The Biden administration clarified at the time that it was an “informal, personal” visit that in no way represented the US government’s position on Kashmir.

Controversial statement has been given regarding Modi government

Ilhan Umar has also given many controversial statements regarding Kashmir, Modi government. In April last year, he had given a statement in the American plane that the Modi government is committing atrocities against Muslims. The Biden administration will break the silence on this. He also visited Pakistan Occupied Kashmir last year.

When it comes to foreign affairs, we think she (Ilhan Omar) shouldn’t be working there, Speaker of the House of Representatives Kevin McCarthy told reporters after Thursday’s vote. McCarthy said, it is the responsibility of every member of Congress to pay attention to how they present themselves. The White House called the move unjust.

“We think this is a political ploy,” White House press secretary Karin Jean-Pierre said at her daily news conference. In recent weeks, other prominent Democratic Party lawmakers have been unjustly removed from key committees by Republican Party lawmakers in the House of Representatives. This is an insult to the American people. We believe that MP Omar is a highly respected member of Congress, Jean-Pierre said. He has also apologized for his earlier comments,

Has also been a sharp critic of the Jewish group

In his emotional speech on the floor of the House, Omar said he was not surprised by it. Omar (40) is the third Muslim lawmaker in the US House of Representatives. She represents the 5th Congressional District of Minnesota. For the past few years, she has been involved in the anti-India campaign inside and outside the House. She has also been a fierce critic of Israel and the Jewish bloc.

Who is Ilhan Omar?

Ilhan Omar, 40, is a Somalian-American politician, in 2019 she won the election from Minnesota and came to the US lower house. She is one of the first two Muslim women MPs to reach the US Parliament ie Congress. Not only this, she is also the first Somalian-American citizen. Let us tell you that in 1991, his family left the country and came to America due to the Somalian civil war.

Bilawal Bhutto Zardari has visited America thrice since becoming the Foreign Minister of Pakistan. Bilawal had demanded financial help from the world citing the devastating floods in Pakistan. 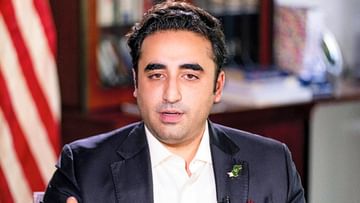 Pakistan has once again become embarrassed on the world stage. This time the matter is related to Pakistan’s Foreign Minister Bilawal Bhutto’s visit to America. Recently he stayed in America from 14 December to 21 December and chaired the G-77 Plus China in New York. Meanwhile, Pakistan’s Foreign Minister Bilawal Bhutto Zardari, who spewed venom against PM Modi, is on a visit to Washington. US Secretary of State Antony Blinken Could not meet with personally. The great thing is that Antony Blinken was also there on 20 December. But instead of meeting Zardari, he only spoke on the phone.

During this, Bilawal had to satisfy himself by meeting US Deputy Secretary of State Wendy R. Sherman. He also met UN chief Antonio Guterres. According to media reports, Bilawal Bhutto Zardari has visited America thrice since becoming the Foreign Minister of Pakistan. Bilawal had demanded financial help from the world citing the devastating floods in Pakistan.

Let us tell you that Bilawal Bhutto Zardari had made a controversial comment on India’s Prime Minister Narendra Modi during his US tour. Bilawal called him ‘the butcher of Gujarat’. By commenting on PM Modi, Bilawal Zardari had made a lot of headlines in the Pakistani media. But the trouble with which this tour ended, now questions are being raised on Bilawal Bhutto Zardari.

Blinken did not meet Bilawal

At the same time, Bilawal, who has garnered accolades by commenting on PM Modi, is facing a lot of trouble in Pakistan itself. The question is also arising whether the foreign minister of the country does not have the status to give him time to meet the American foreign minister even after going to Washington. Not only this, Abdul Basit, who was the High Commissioner of Pakistan in India, has questioned the understanding of Bilawal Bhutto.

Why did Bilawal need to go to Washington?

Abdul Basit said that India’s Foreign Minister S Jaishankar had also gone to New York to chair the United Nations Security Council, but from there he came directly to Delhi and not to Washington DC. He said what was the need for Bilawal to go to Washington DC.

Caliphate of Taliban sitting in America

Expressing concern, Basit said that ‘we cannot tolerate civil war once again. He said that we cannot give any statement against Taliban while sitting in America. He said that the message should not go to the Taliban that we have sided with America against it. He said America will use us again and leave.

European countries put pressure on India not to buy oil from Russia. Then S. Jaishankar kept such a fact that foreign countries kept staring. Earlier, he has made it clear that only he will decide India’s energy needs. 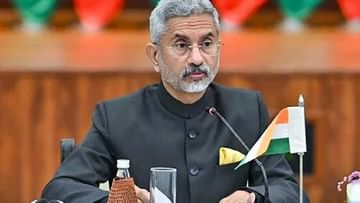 You will remember that the discussion of Russia-Ukraine war was going on. The countries associated with the European Union (EU) were trying to put unnecessary pressure on India. The pressure was on why India is buying crude oil from Russia? The main reason behind importing oil from Russia is that we can get it at low prices from there. crude oil gets from which in the country petrol-diesel The prices remain low. Every country serves its own interest and when India serves its own interest then what is the problem? Then in a to the point talking style of India External Affairs Minister S Jaishankar Washed the European countries in such a way that they had stopped speaking.

The world is still based on western countries- Jaishankar

In a report published in the New York Times, Jaishankar was quoted as saying that the world, which is still almost entirely based on Western countries, is changing with the impact of the Ukraine war and it is turning into a multi-aligned world where Countries will be able to choose their policies and preferences and interests. According to the news, Jaishankar said, I would like to see a more rule-based world. But when people start pressuring you to give up something based on the rules based world, when they start pressuring you to compromise on matters of very serious interest, then I am afraid it is necessary to respond and if need be Even challenging him.

Jaishankar washed away with these facts

Only he will decide India’s energy needs – Jaishankar

Russia attacked Ukraine, it has changed the global conditions. Whole Europe has been buying oil and gas from Russia only. After the war, many restrictions were imposed on Russia. Due to this there was a power crisis in Europe. European countries put pressure on India not to buy oil from Russia. Then S. Jaishankar kept such a fact that foreign countries kept staring. Earlier, he has made it clear that only he will decide India’s energy needs. This priority cannot be decided by Europe or any other foreign country. The Foreign Minister has bluntly said that Europe itself should do something and ask India to say something else, how is this possible. Europe has imported more oil, gas and coal from Russia than 10 countries put together.